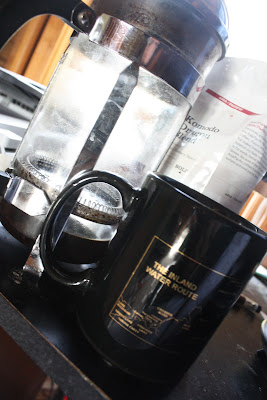 Wow, am I late with the coffee today. It's incredibly good though.  Today's coffee is Komodo blend, french press of course.  I'm sitting here, way too late in the morning, trying to break through the crust of my brain.  What happened?

Excuses Excuses.  I have them.  It's too cold, the water's too high, the fish are late, I'm late.   Yawwwwawwwn! Is it Monday already?  I think I need to go back to work just to rest up.  I did indeed fish a lot this weekend.  Found very few fish.  Had some adventures.  I finally got Cardboard Kirk out.  I went smelt dipping for the first time in 24 years- the first time there has been runs of any size since then.  It was a blast from the past and a lot of fun. 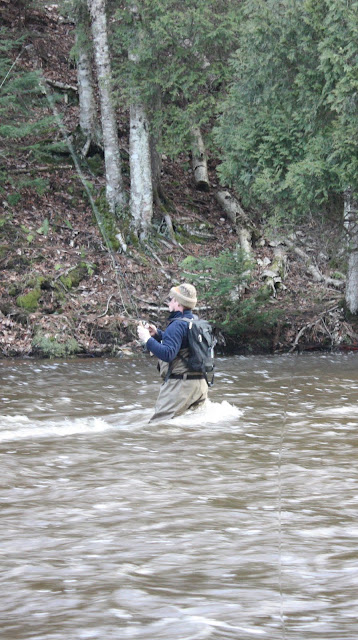 Oh, and I have contest winners to announce.  Last weeks giveaway was a set of 6 of my favorite streamers. Congratulations to commenter # 8 Pat, and since I promised to draw two winners this week, congratulations also to commenter #12 Dustin's Fly Box.  Send an address to fontinalisrising@gmail.com and I'll get those right out to you.

So what's on tap for this week you ask?  Well, I'll have yet another Croff Craft Chronicles post, I'll document my time with Cardboard Kirk, I'll be working on some technical changes for the benefit of all, and it looks like I'll be doing a solo kayak trip Friday into a wilderness area for the Saturday trout season opener here in Michigan, unless my buddy Keith decides he can make it.  I don't care for the solo trips as much as I used to- I feel increasingly mortal as time goes on, but sometimes a man has to do.  It's a reasonably calm stretch of water with some great fishing, so we'll see what happens.  Hard to believe that Sunday will be May 1, so look for the latest installment on my Anglers Year series.


Well, spring is doggedly making it's debut despite the cold, and I have a new job to start.  Let's get after it. 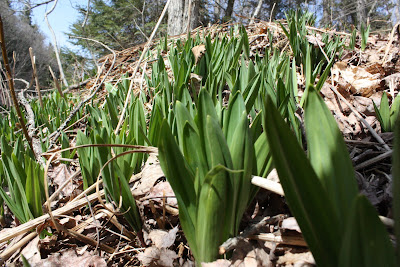 Posted by Fontinalis Rising at 7:22 AM