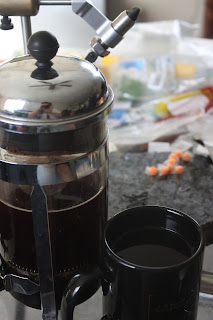 Well, it's Monday again- another week, another month, and a busy week coming up.  Last week was only moderately busy, and I got out and fished several times.

I've been after steelhead, but have only come up with a couple of small fish, and a handful of dinks every day.  They're fun fish to catch, but not the 6-8-10 pound fish I'm really after.  Those fish are out there- I'll keep trying.  Michigan has some fantastic steelhead fishing, and this right now is the most exciting time of the year to chase them, as they seem to come into the rivers super-charged, and generally they are blindingly silver-bright.  The rivers in my area are quite small however, and a lot of the runs tend to be marginal at best.  Still, it gives you tremendous opportunity to catch wild rather than stocked fish, and in my last 5 outings I haven't run into another angler.  I haven't even tried the three best streams in the area, so maybe I can find something yet.  Here's hoping.

I did some online research into the Pebble Mine issue last week, and thus the post Friday.  I did the math- gold Friday was going for $1744+/- per ounce, and they estimate the mine to hold approximately 11 million ounces.  My math comes to over $19 trillion, or nearly one and a half times the US gross domestic product.  Those kind of figures bum me out.  Who knows, perhaps public opposition will prevail.  We'll see.  It would be nice to see one of the last well managed fisheries in the world remain intact without this kind of threat,  but in today's climate where it seems big business gets away with everything, I'm not hopeful.  Those are some serious numbers at stake.

I don't have a whole lot to say this week, so I'll leave you with some fish pictures from last week.  I'll try to get a post or two up, and hopefully get out and fish once or twice, but I have to get some work done this week, including some writing for various projects.

Have a great week!


One of the "twins" I caught early in the week- just great, solid fish. 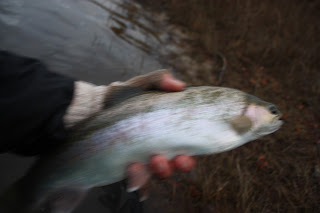 I caught lots of these guys last week. 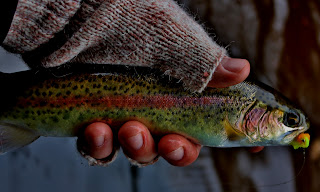 This was a surprisingly hard fighting fish. 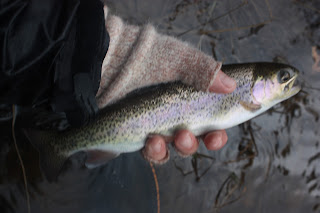 This was a small but solid fish. 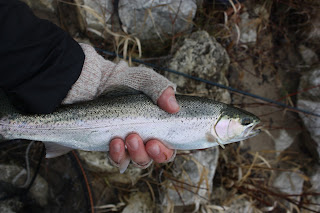 Well, there's a few of last weeks fish.  Hey, they're all a lot of fun; hopefully I can find their daddies soon before the weather gets positively miserable.  - JT/FR

Posted by Fontinalis Rising at 7:21 AM