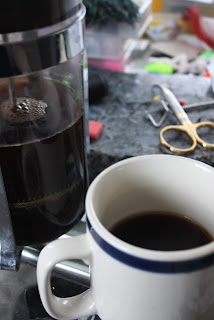 Weeeeeelll, Monday comes at us like a county plow truck.  What's on your agenda this week?  I'm still looking for work and have to press on with that.  Know anyone who needs a good writer or a good painter? Hey, I'm good at most everything I do, just put me to work.

Not much to report in the way of fishing.  I've been oddly detached from fly tying.  I missed a couple of great opportunities to get out on the river which is a shame.  We had at least one 40 degree day and heavy rain to start the week, which should have brought in some steelhead.  There's always this week, right?  It's -1 here this morning, but supposed to get back up to 40 degrees tomorrow.

I wrote a piece Thursday night about tolerance on the river after reading Troutrageous!' post about Lefty Kreh's comments on Tenkara.  I should clarify that I have no beef with Lefty Kreh or anyone else, but only was citing examples of things I hear throughout the fly fishing world that make me cringe at times.  If anything I blame Daniel Galhardo (Mr. Tenkara USA) for promoting Tenkara as "pure".  Mr. Galhardo has a product to sell, and he's taken the unfortunate route of promoting it as Zen Buddhism on the river to move rods and gear off the shelf.  It's a recipe for blow-back to be sure.  Lefty Kreh, who has been guiding all his life and is up to his bushy eyebrows in the nitty-gritty of fly fisherania probably knows a thing or two about what comes and goes.  Dan Galhardo's rhetoric about Tenkara makes me snarky and dismissive, but when guys I know and respect like Cameron Mortenson, Mike Agneta and Tom Sadler say that tenkara is awesome, I sit up and pay attention.  My take on Tenkara itself is that I'd like to try it.  It sounds like a great diversion.  I won't break my other rods over my knee, but if I like it I'll add it to the mix.  What I don't like in the world of fly fishing is an aura of sanctimony, superiority, or "purism".  In another post by Troutrageous! last week, he referenced an article by Yvonne Chouinard, founder of Patagonia, and a legend in the outdoor world- as a mountain climber, fly angler and all-around outdoorsman.  In it, Mr. Chouinard refers to "the dying fly fishing industry".  Coming from a man whose company sells fly gear, I'd think he would know what he's talking about- all he has to do is look at his bottom line year after year.  My point was that if we as fly anglers fracture into smaller and smaller splinter groups at odds with each other, the death of the sport is inevitable.  If we embrace one another and unite to promote our sport as a fun and healthy activity, regardless of how we choose to pursue it, then it may thrive and even grow. 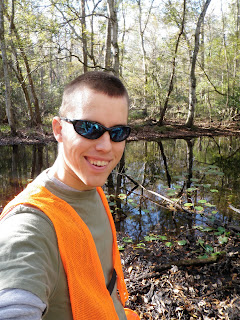 Okay, I haven't shared any Blog Love (Troutrageous pat. pend.) in a while, so let me share a recent favorite.  I've been enjoying reading The Flying Kayak over the last few months.  Alex combines a love of fly fishing and bow hunting and kayaking in southern Florida.  He shares a wide variety of adventures in a fresh and casual style with solid photography.  I guess what I like about his blog is that it takes me away from my everyday world to a completely different environment and species I'm unfamiliar with.  He hunts deer in the thick swamps, catches pompano on the beaches, and fishes for tarpon from a kayak in the Everglades.  If you're looking for fly fishing adventures different from the usual salmonid fare, check his blog out at  theflyingkayak.blogspot.com.


Well, it's going to be a busy week.  I'll try to get a couple of posts done including the January installment of my "Angler's Year" series.  Let's get after it.
Posted by Fontinalis Rising at 5:42 AM