5 Days 5 Rivers 5 Great Lakes: Getting Up To Speed

I'm still trying to figure out the blogger app and I'm finding it formats posts for mobile devices but in the web version the pics are too big. If you are able use  a phone or other mobile device to read this. The FR IT department has been fired. 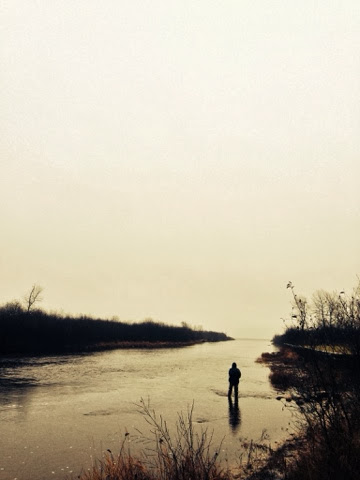 The concept was all Alex Cerveniak's. We were supposed to head down to Steelhead Alley and meet up with some friends there and fish for lake run browns and steelhead. We decided to take it a step further. We are going to fish at least one tributary connecting to each of the five Great Lakes, starting in Michigan's UP and working our way south. We're driving to PA as I write this, the music is thumping and I've just discovered the tech miracle called the Blogger app. Fontinalis Rising will never be the same. 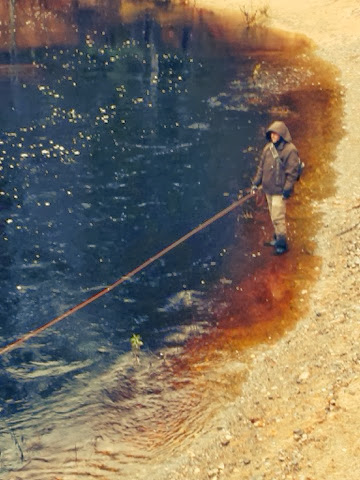 We started yesterday, hitting the Carp River (Lake Huron) and then The Two-Hearted (Lake Superior). It has been raining almost continuously for three weeks so all the water is high and stained.   All of the tribs have fish now so it's a matter of picking your poison.
We gave the Carp river a token effort before heading north. We followed Alex' map app and I'm surprised we didn't drive into a lake somewhere. We ended up driving over 50 miles down roads the consistency of oatmeal. When we got down to the mouth the wind was blowing a steady forty miles an hour with monstrous waves crashing on the beach. 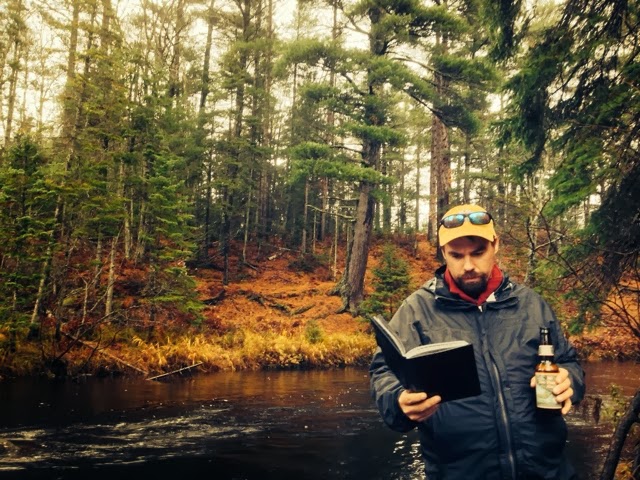 Standing on the Two Hearted River, drinking a Two Hearted ale while reading Hemingway's The Big Two-Hearted River. Angels sang.
We retreated from there to the more sheltered area of Reed&Green bridge. It was fishable but high and the color of strong coffee. Alex is on a mission to catch a fish on the swing. My mission is just to catch a fish. Alex is pumped because he actually got a coho to eat. It was good enough to release itself before Alex got salmon stank on his hands.  Cohos were rolling everywhere, but with such dark water it was tough sledding.
Thanks to some foresight and a crock pot we came home to a hot meal. Then we bugged out to hang out and tie flies with Zach Ginop and Tom Menas near Boyne City.
Which brings me to today. After more than an inch of rain every river in the state is blown so we decided to go hit the tailwater section of the Boardman (Lake Michigan). Tom of course caught three browns indie fishing before we even got rigged up. I just bought a switch kit for my TFO rod, which is blowing my mind just a little. It is a beast master now. I bought it to help my indie game, but Alex sold me a Skagit head cheap out of the back of his van and Tom gave me an impromptu casting lesson. Now there's a new siren song calling me to a different set of rocks.
So we are en route to PA , the music is thumping and we're armed and dangerous. We're going to go see if Erie PA is big enough for the both of us.
By The Numbers
Miles driven- 676
Pounds of gear in the car 237
$ spent at fly shops- $78
Puddles Alex made me wade through in the rain to make sure the car could make it- 11 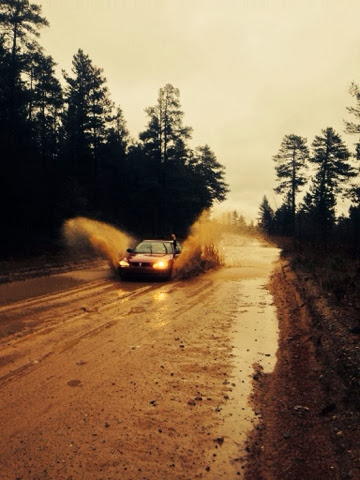 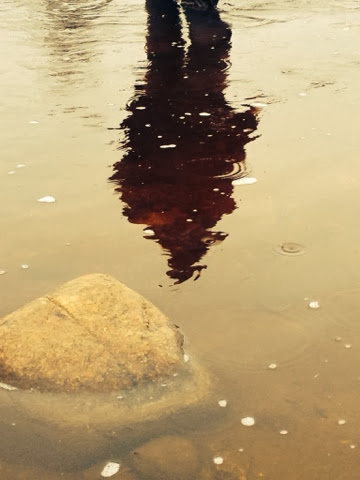 Posted by Fontinalis Rising at 2:28 PM