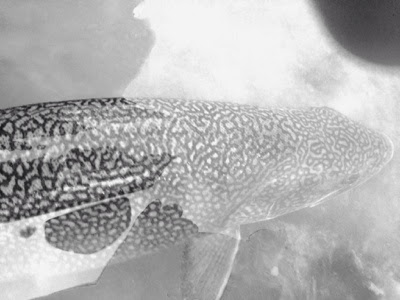 The Niagara River does not flow so much as boil. It is an immense river , a seething cauldron of angry green water. It flows through a limestone canyon and the water next to shore is 180 feet deep. Fishing it is a powerful experience. 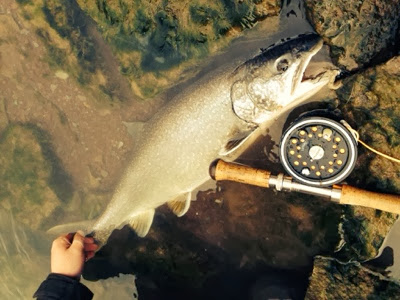 Word at the fly shop was that the steelhead were there but that it was slammed with lakers.  Alex continued to swing and I chose to indie fish.  The fish were feeding on emerald shiners killed when they went through the dam. Every couple of minutes a giant fish explodes on the surface taking dead and crippled bait as they float by. 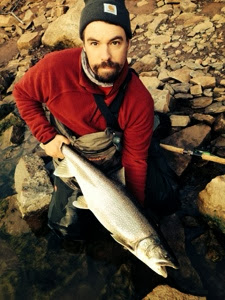 We both caught our first lakers on the fly. It was pretty cool. I never saw the first fish I hooked up on. It turned and ran downstream taking my fly line and half the backing. I chased it quite a distance until my line went limp. The broken line was badly frayed. 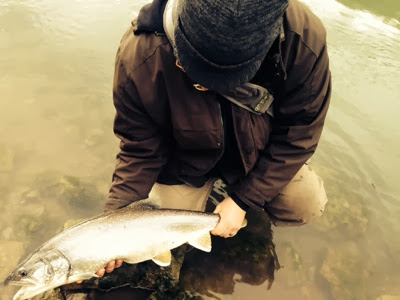 There was a steep learning curve to this water. One moment the water in front of you can be calm as a farm pond, the next it will become a raging eddy flowing upstream. I had my float change directions 4 times in a single cast. It kept me mending constantly. 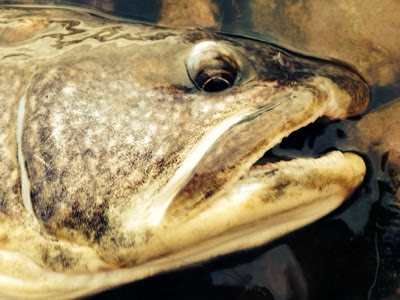 We had a good time. We caught several more fish. I lost a bunch when they would dive down the steep walls of the canyon, raking my line across the sharp rocks. My switch rod was magic for mending and reaching out past the drop off.
Our Lake Ontario trib is now in the bag. It felt oddly familar to be there. Then I realized I was fishing all of my home waters at the same time. 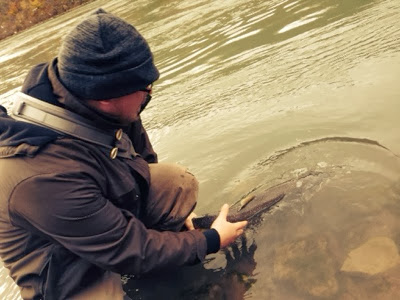