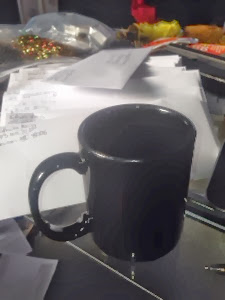 Well the big freeze of 2013 has finally broken. It went from single digits here early in the week to warm enough to rain Friday night. As it happened I was invited to the Uber-secret Mayfly Club to tie flies for the evening and so I went.

I had long heard rumors of this secretive club. Invitations are highly coveted but seldom extended. Once you are a member you are a member for life, but there is no way to apply and no one seems to know who to contact or where their secret headquarters are. What I have been told, in those moments of clarity and honesty on a back country stream, or surreptitiously over beers in some dark dusty North Woods tavern, is that if you get the invitation you go. You don't ask questions. You don't talk too much at your first meeting. And you never give away their secrets.

Would they accept me as one of their own? Would I be invited back? Would I say the wrong things, make some unknown gaffe, perhaps tie the wrong fly and be rejected?

The Master of Ceremonies greeted me at the door. I told him the password I had been told to say. The door closed. I stood there on the steps wondering if I had been given the right one, had pronounced it wrong, or maybe I just didn't look right, standing there in my scuffed leather boots, carrying a metal RC radio case that holds my tying gear.

I stood there for what seemed an eternity, growing increasingly nervous. I had blown it I was sure. But then the door opened, and the MC handed me a Fat Tire and motioned for me to come in.

While their identities must remain secret they were all pretty normal guys. Excellent fly anglers no doubt, and superb fly tyers. We started off eating french bread pizza before settling in to tying. I sat next to an older gentleman that we'll call "Frank". He was given to saying things like "the longer I fish the fewer flies there are in my box" and "When I fish the Madison. . ."

He had all these great stories of fishing the Pigeon River Country, which he told while tying marabou streamers for catching the brook trout he loves. I was still a little nervous and, not wanting to screw up this opportunity, I failed to watch and learn. It's a pity, as Frank was tying up some beautiful flies. I played it safe and tied Au Sable skunks, a simple pattern, but a very old and local one that I was sure I couldn't screw up, and besides, I use a lot of them each summer.

By the time the evening was over it had begun pouring rain onto the snow-packed roads and so I said my goodbyes and headed home, driving slowly on the glare ice. I'm still in a probationary period, but I'm hoping to be a permanent member soon. I have been very careful here in not giving away their secrets. Perhaps someday I too will don the green jacket emblazoned with a Hexagenia dun.

Sorry about the lack of pictures, but it seemed like bad form to be a blogger at such a club, and I can't reveal identities anyway.


I also got out and fished this weekend. I met up with Alex Cerveniak Saturday, and then fished by myself Sunday for a little while. We were after steelhead, but as Alex says, it's more like trout fishing this time of year. I caught two cookie cutter steelhead jacks as I call them, one each day, from different streams. Each was about 16-17" inches long, dime-bright, hard fighting and beautiful. No monsters, just some fun fish and a great way to kick off my fishing for the year. I think I know how to get into some big fish. I'll leave my 8 wt. steelhead rod at home and fish with my 5 wt.


So that's all I know this week. The cold and snow are due to return tomorrow, so the weekends fishing will have to get me by for a while. The coffee is gone and it's time to go to work.

Let's get after it.
Posted by Fontinalis Rising at 3:38 AM