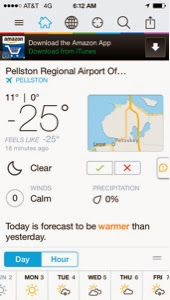 Fontinalis Rising emerged from his ice cavern in the northern reaches of his peninsular home. He stood blinking in the bright sun, puzzled by this apparition in the sky. The sun was shining, and yet the air was brittle with cold, and when his nostrils froze shut he turned back into his lair. At that point he saw his own shadow and he knew- the long hibernation was not over. Six more weeks of apathetic sleep.

As Fontinalis Rising was returning to his wintry somnolence, something clicked in the reptilian core of his brain. It was telling him something, something vital to his very being. It was reminding him it was not enough to sleep and eat and breathe and rest in blissful slumber.

A syllable kept echoing in his mind, emanating from this primordial neural knot. It kept chanting to his subconscious telling him he was a b. . .

Then it snapped into his consciousness, like a towel to the tush in a locker room- Fontinalis Rising is a Blarger, with a Blarg, an entity he had created which had achieved a life of its own. Wiping the crap from his eyes, a phrase, a title started bouncing around the vast empty spaces of his skull like popping corn.

Mindy Mourning Carpy, something he used to blarg about regularly. He's not sure why. Something used to wake him in the mornings, snapping his mind sharply to attention so he could focus on such things, but he no longer remembers what that is.

Fontinalis can only assume that Carpy is a hot drink made by burying a carp underground, then exhuming said fish when it is fully fermented, unctious, liquid and aromatic. It is then macerated, heated, coddled, massaged, strained, whipped and the froth skimmed (it makes a great garnish for Caprese salad) siphoned into a cauldron, heated, stirred counterclockwise seven times with a dash of nutmeg and Sriracha. Then it is ladled into tankards and quaffed to ward off the winter blues, its rich aroma festerifously permeating everything, a reminder that never truly washes off.

Then Fontinalis remembered Mindy. How she liked, no loved, no craved Carpy. It was the one libation that got her through the Ice Times, summer malaise and PMS. Poor Mindy, and now in the depths of this harshest time when carp were nowhere to be found. The ground was buried under 4 feet of snow pack and frozen hard as granite. Even the carp she had buried like so many acorns would be locked in place until the spring thaw, sometime in June.

So to those of you who carefully husbanded your Carpy I congratulate you. Savor it. Sip it slowly. Strain the bones through your teeth. Save up the residue as an emollient, salve and sunscreen. Sell it on the Black Market to Russian mobsters. After all, Carpy is the only essence of warmth left to us, the broth of the golden sun worshiping symbol of summer.

Thank you for reading my blarg.
Posted by Fontinalis Rising at 8:06 AM