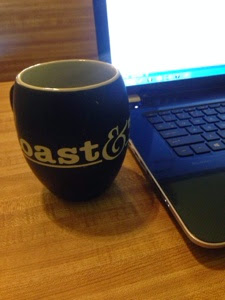 Arrrrrrggggghhhhnnnnnppphhhhhh!!! Yawn, stretch, scratch, repeat- it’s Monday morning. It must be time for some coffee.

Well, the trout season here has been open for just over a week now. I hit Bigfoot Creek with Alex Cerveniak on opening day. We were just exploring really. We beat our way through a mile of the nastiest swamp and actually missed the creek where it joins the mainstream. We found a log hunting shack deep in the swamp before turning back and finding the creek. We didn’t find any fish, but it is still way too early for rising fish up here, and the cold spring is delaying the rise by a few more weeks.

Luckily we did some thinking outside the river and decided to hit a small local trout lake. We were the only ones fishing the lake despite the fact it was Opening Day. Michigan is dotted by little trout lakes that receive little to no fishing pressure. They mostly get hit by campers, cottagers and old duffers trolling cowbell’s. Most of the trout escape unharmed, and ignored by the Michigan fly fishing community in general.

This is a shame because they offer some really good fishing. While the stream bite is struggling to get going there is a healthy midge hatch on these lakes that is well observed by the trout. We started catching stockers as soon as we launched (snooze) but the longer we fished the more we observed big whorls in the middle of the lake. I fished one of John Sheets' red quills with a black soft-hackle I tie, on a dropper. It was dynamite.


The key it seemed was to watch for steady activity and row toward it, but drift the final feet to within casting distance. Too much commotion would put the fish down. We missed a few fish at first. We were drifting into what looked like a pod of stockers. I was slowly retrieving my two fly rig when the dry dipped under the water. I respectable fish rolled on the surface then spent more than five minutes towing the boat in circles. It wasn’t huge, about 14 or 15 inches, but it was fat and very strong. My glass rod did a great job of protecting my light tippet.


We got out again in the middle of the week. I raced to meet Alex after work. I didn’t have any gear with me. I landed a 14 and then a 16 inch trout, both fat and healthy and very strong. It was very exciting fishing, watching for pods of activity, rowing as quietly as possible so as not to put the fish down, then hoping against hope that you guessed the right direction the fish was going. Alex calls it carp fishing for trout.

After my second fish I handed the rod to Alex and got on the oars. It wasn’t his best day. He broke off three fish in a row. The bite was at its peak with fish rolling all around the boat. Some were big, doing these big dolphin rolls- first the snout, then the dorsal fin, then the tail slowly rolling out of the surface before sinking slowly back in.  Then it started to rain.


Mind you I had no rain gear and so I rowed for shore. The sky opened up, pouring several buckets of water on our heads, soaking me to the skin, the cold wind fighting every oar stroke. We reached shore and pulled up the boat. Alex stepped out and reached for his keys. The rain stopped. We waited. Nothing. Then small whorls appeared here and there on the surface, followed by bigger ones. We exchanged one glance and Alex pushed the boat back into the lake.

My coffee is gone and it’s time to go to work. Let’s get after it.


You can book a trip with Alex on his website- Northern Michigan Fly Fishing- http://www.northernmichiganflyfishing.com/
Posted by Fontinalis Rising at 2:43 AM