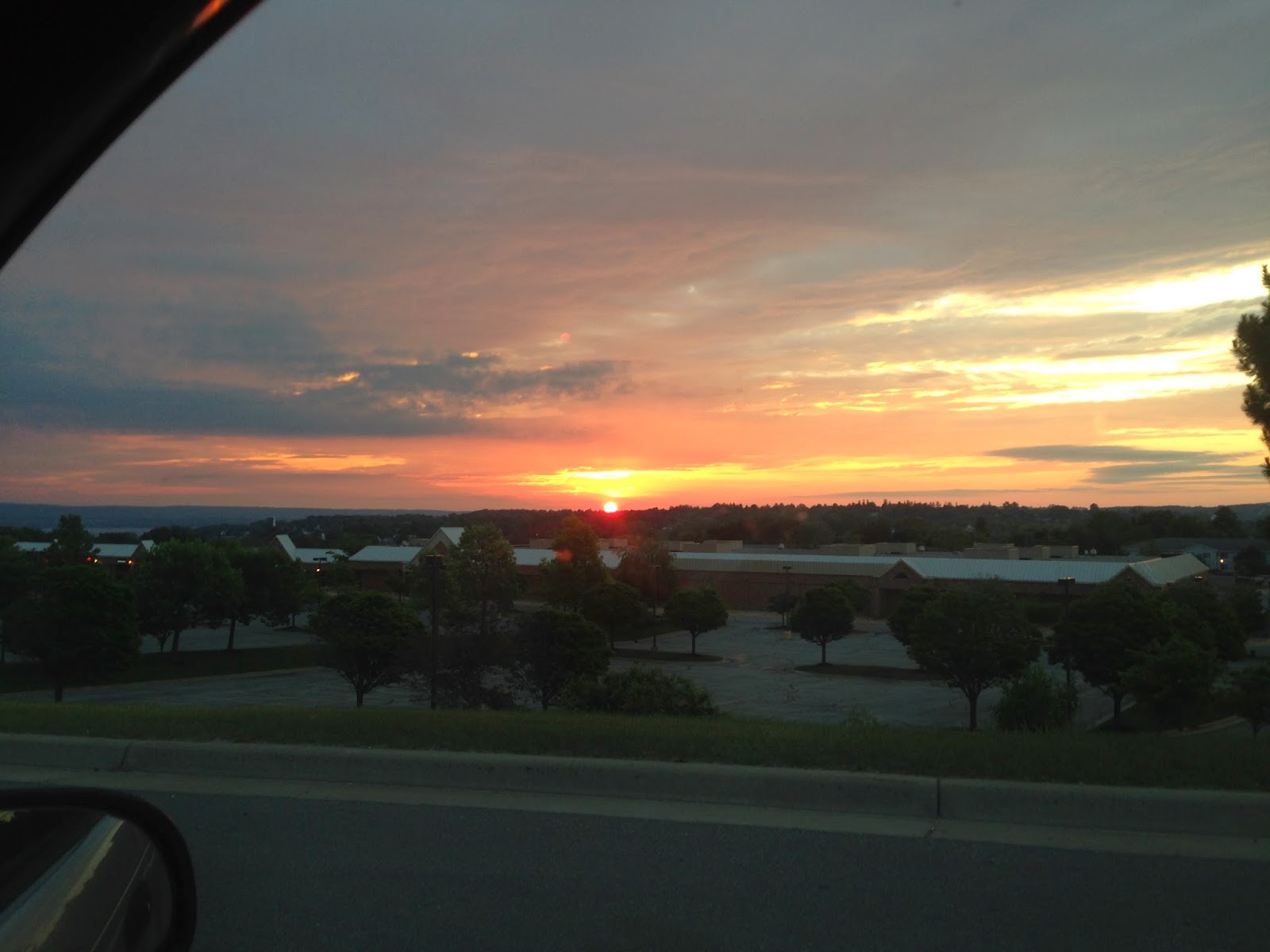 Uuurrrggghhhhuuuuggghhh!! Yawn stretch scratch repeat! And repeat again, because I don’t know about you but I fished all night every night for the entire holiday weekend. It was fantastic. Let’s have some much needed coffee.

July 4th marks among other things the tail end of the hex hatch here in Northern Michigan. I started my night time dry fly fishing early in June, catching the brown drake hatch and some good fish along the way. By my count I’ve caught 8 fish over 20 inches this year, and I’ve netted at least that many more for my fishing buddies.

Thursday evening was a bust- no bugs, very few rising fish and nothing you could pattern, so I didn’t lose much sleep. I got up Friday morning and hit some brook trout water. To my surprise there was a sparse trico spinner fall that got a couple fish up and feeding. It didn’t last, but it was fun and I caught a couple small gems and missed a couple bigger fish. The key to fly fishing is to match the hatch, so I used a royal coachman stimulator. 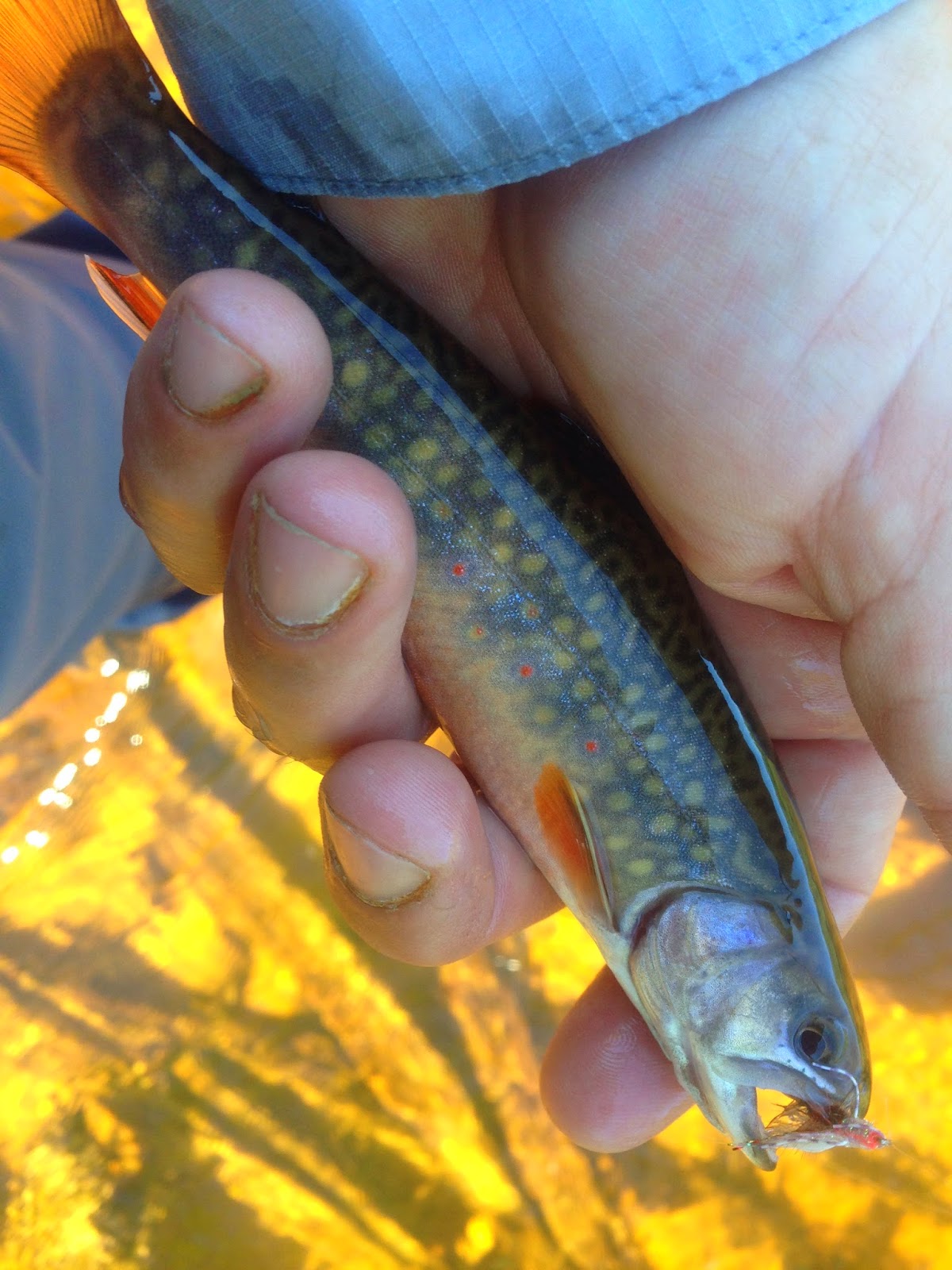 Friday night I loaded my one man pontoon boat on my car and did a solo float. I had good bugs on the water for nearly four hours and was into good fish starting right where I first set up. Most of the other boats on the water had pushed low, and the upper water on the stretch I fished had good fish feeding all over it. I put down two fish where I first parked, then got into a quiet grassy stretch of river. I could just barely make out the sound of a big fish slurping up hexagenia in the dark. 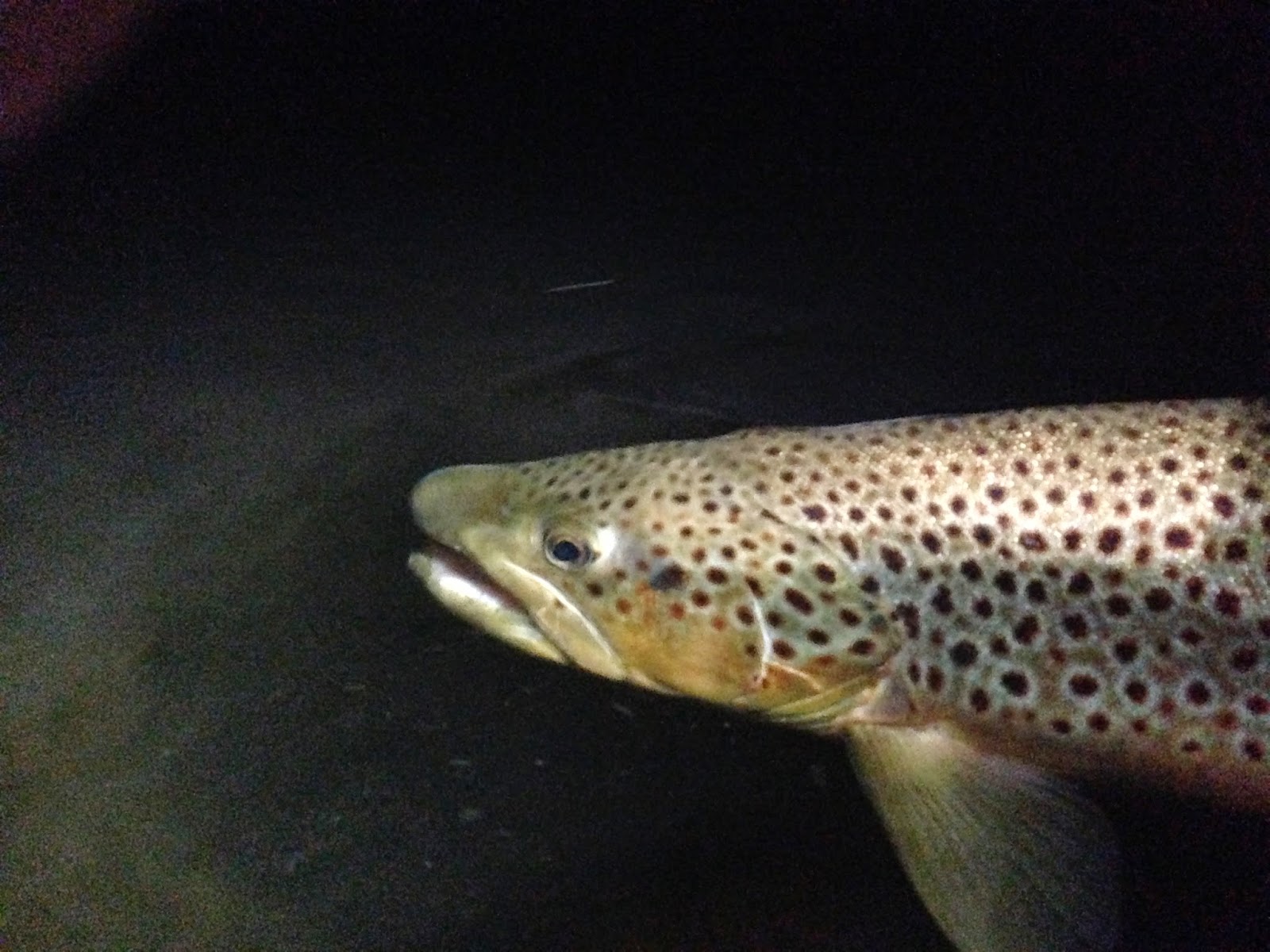 I never did see the rise form, just guessed the distance and metered off the line one strip at a  time.  It took a half dozen casts before it fed and then I found myself duking it out with a 20” fish. I slid him up on the beach and removed the hook, but before I could get my camera out he thrashed past my boots to freedom. Oh well.

I broke off a much bigger fish not too far from there, then missed a couple others. I maneuvered around a couple other boats and made it back to my car after 2 am. 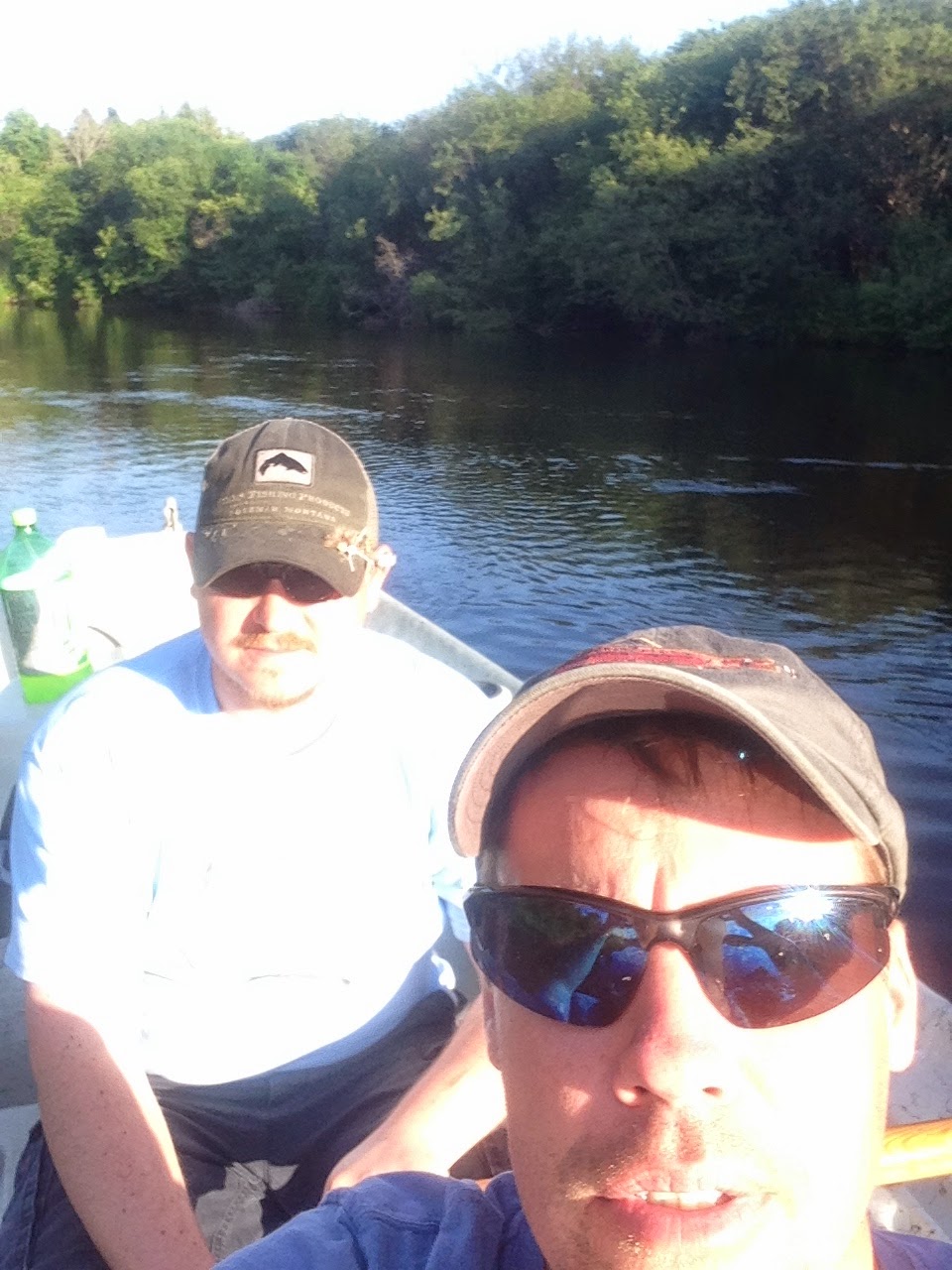 Saturday night I got a last minute call from Alex Cerveniak of Northern Michigan Fly Fishing guide service that he wanted to float, so I drove south and hit it with him. The bugs flew thick but landed lightly and not long after we had set up on our first fish the water was devoid of mayflies. It seemed a little odd. We had to listen very hard for the sounds of big fish picking off stray flies. We tried various set ups, not quite figuring the fish out, but we finally found one good fish feeding steadily. It only took a couple of drifts and I saw it take amid the reflected stars. It took off in a line hissing arc, vaulted two feet out of the water and then ran up by the boat, trying to find shelter under the cut bank. It was a very fat 19” hen.

After that the feed tapered off dramatically. We found some huge fish feeding, but so sporadically that it was almost impossible to get on them. We worked the biggest one for over half an hour. It fed four times in that span. Just when we were starting to give up it blew up on Alex’ fly but he missed the hookset.

What do you do at this point? Call it a night? Go home, get some much needed rest? There were several other good fish in earshot feeding sporadically. There was a river access just downstream with a convenience store nearby that was still open. Alex rowed down, walked to the store and bought some beer and snacks. We got back in the boat, rowed upstream against the current and anchored up. We sat in the dark and watched the stars and meteors, the twinkling fireflies, and talked. Every now and then a fish would feed and we would move the boat if it fed more than once.

After some time we got a fish that was feeding steadily. By steadily I mean once every five minutes or so. Not much to go on in the darkness. This was fly fishing by siege. It would feed and we would move the boat, wait for it to feed and adjust again. We finally got to where we could see it feed. It was an easy cast, but in the dark it’s hard to tell if you’re getting a good drift. I worked the fish for half an hour and every time I would be ready to give up it would feed again.

Finally I reeled in my line and sat down. Alex stepped up and took over, trying every possible drift on that bushel basket sized bit of water. The fish fed every time we were ready to quit. Then Alex tossed a cast out and threw in a big mend. The water exploded and Alex shouted. Fish on!

It was one of those great moments in your fishing career. It had taken everything we had to get this fish. We had been set up on it for over an hour and it had fed only a handful of times. It turned out to be a 20 inch hook-jawed male. It took us in circles a few times before coming to the net. We took some pictures and released it, turned off our lights and prepared to go hunt another. I pulled anchor and just started to move when another fish blew up the surface, right in the exact same spot. 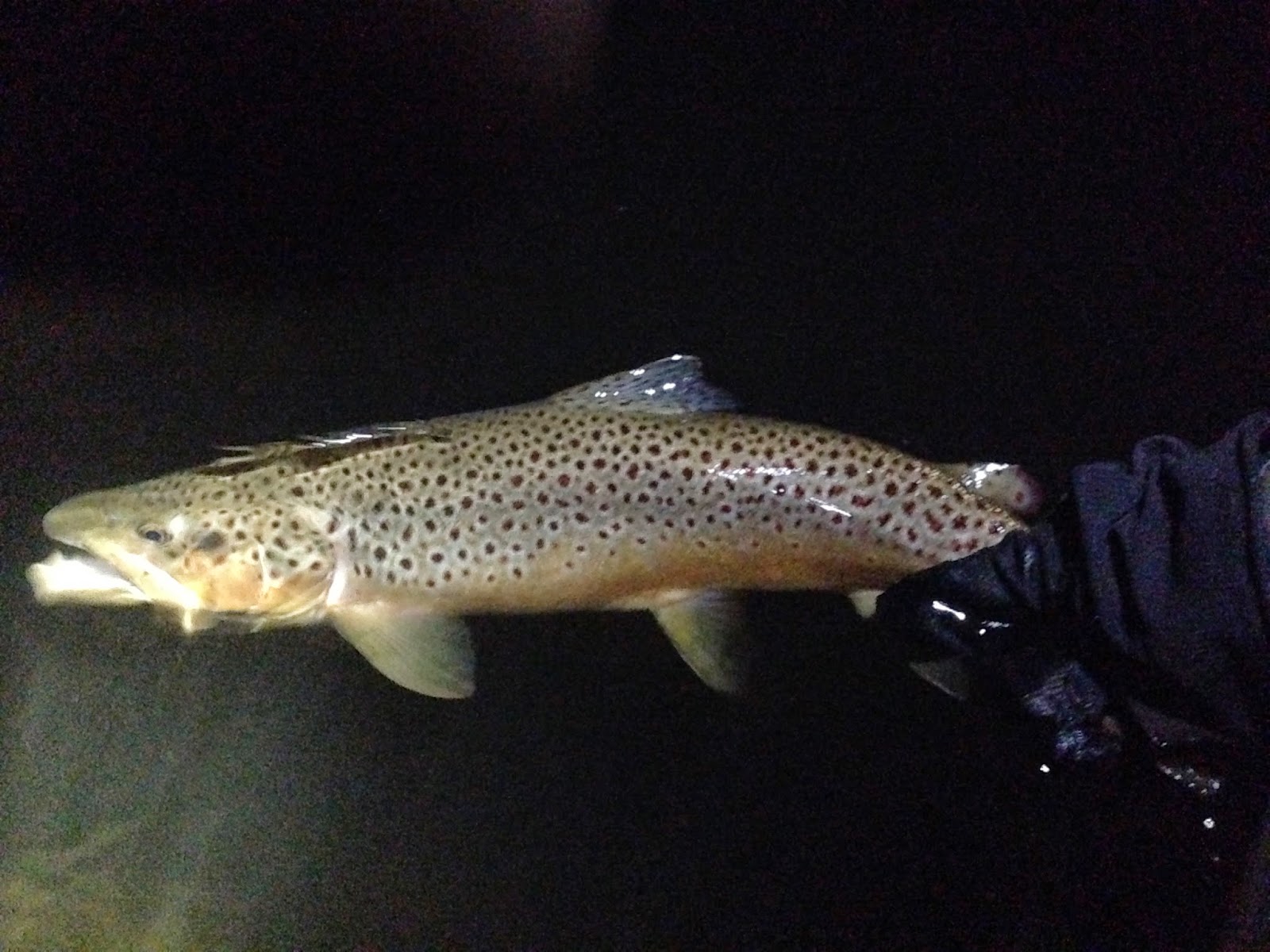 I’m out of coffee and it’s time to go to work. Have a great week.

Let’s get after it.
Posted by Fontinalis Rising at 2:47 AM