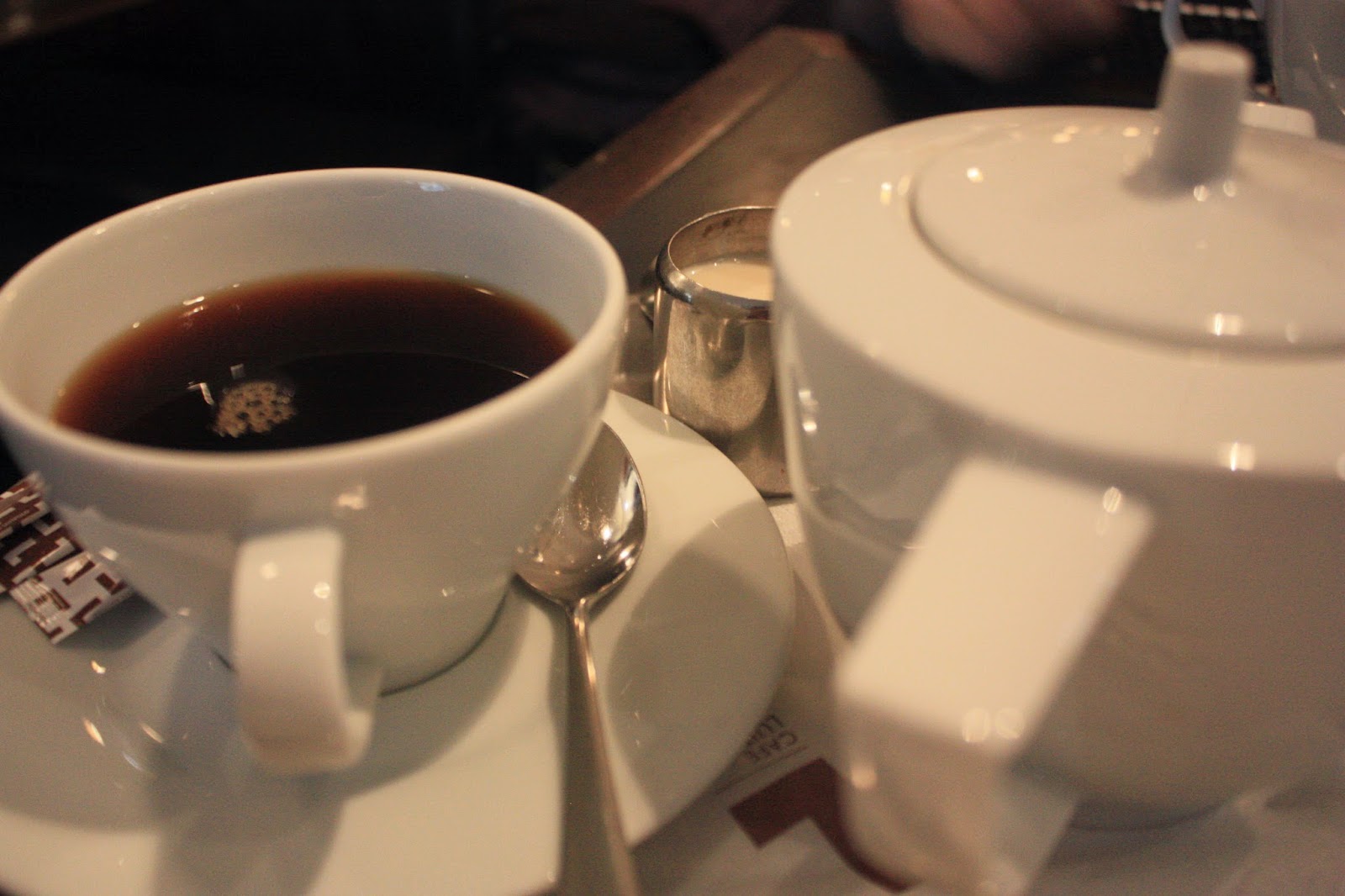 Have you ever had one of those crazy dreams that was so vivid it seems real? I had one. It involved bears, big brook trout, crazy Canadians and getting stuck way too far out in the bush. It went kind of like this.

I got back from my two weeks vacation in Europe to cold fall weather- cold enough I had to kick the heat on. Couple this situation with a little post-vacation blues and I was seeking a remedy.
Now the cure to most things that ail me is a camping trip in the UP, but then a friend from Sault St. Marie Canada got ahold of me and asked if I wanted to go bang around the bush and look for big brook trout- specks as they call them up there.

I don’t think a lot of people realize this, but that Canadian backcountry is pretty close to where I live, closer in fact than where I was headed in the UP. It only takes me two hours to get to the bush road by the time I’ve crossed the border. It is beautiful country consisting of the low mountains of the Canadian Shield

I’ve always wanted to explore the Algoma backcountry but it is very intimidating if you don’t know the area. There’s thousands of lakes and hundreds of miles of the worst roads you can imagine. There’s lots of bears and no cell signal. Not every lake holds fish and so you could spend a lot of time searching empty water. But my friend Paul is a local who has spent years exploring the backcountry, and he is a big brook trout specialist. This was the chance of a lifetime and so of course I leapt at it.

It took me less than two hours to get to the rendezvous point- the Trading Post north of town. I bought a license and then Paul showed up. We loaded my gear and parked my car. Then it took two and a half hours to drive to where he has his fall camp set up. It’s not that far, but that’s how bad the roads are. They are washed out, boulder-strewn and poorly maintained. I’d never get my car in there.
We saw two bears on the way in, which I took as a good sign.

Paul has a nice camp set up with a trailer and all the necessities we needed to be comfortable in the bush. He even has a homemade propane heat exchanger to heat water to wash your hands and dishes and even shower if you want to. We were joined soon enough by Paul’s friend Pete, who rode in on his RZR ATV- a wicked little bush machine if there ever was one. These guys had their machines set up with racks for little canoes and jon boats and even mounts for small motors-  very efficient systems for negotiating the bad bush roads and worse trails into the lakes.

We got up Saturday morning and hit the road in search of Bog Lake (names have been changed to protect the innocent fish). It only took 15 minutes to ride up to the turn-off, but from there it got sketchy. We drove past several lakes down some of the roughest trail I’ve ever seen and made our way into one small lake. We launched the boats, but when we didn’t get a bite in the first half hour they were ready to leave. Paul’s GPS showed we were on the wrong lake.

We then banged into the worst access I’ve ever seen. Both machines got stuck and we had to winch them out repeatedly. This again was the wrong lake, but we had worked so hard to get there that we launched the boats again. We trolled around for nearly an hour with no bites and then had to repeat the process- load the canoe, jon boat and gear on the bikes across a boggy outlet stream, winch the bikes back through the muskeg bog, then make our way out. Everything was covered in mud- us, the gear, my camera bag. What a mess.

We were headed to another lake they knew had fish when Pete hit the brakes. He had spotted a nearly invisible trail. We hiked a ways down it and there it was- Bog Lake. Despite how wicked the trail was they managed to get both bikes with the gear down it. Best of all, when we got down there we found a 16 foot boat stashed on the shore, big and stable enough for all three of us. We launched the boat and started casting and trolling. I was throwing streamers while they trolled spoons and spinners.

We hadn’t gone far when Pete hooked up. I grabbed his other rod to keep it from snagging bottom and another fish grabbed it. A double-header is a great way to get started on a lake. They were beautiful brookies, about a foot long or better, fat and colored up for the fall. At a beaver house a little further down Pete missed a monster speck. From there on the action got pretty consistent. We would troll for a few minutes and hook up on a fish, then stop and cast and catch a few more. The fish averaged 16-18” with a couple twenty inchers thrown in the mix. The males were into their spawning colors, flame orange with vivid orange, white and black fins, and glowing blue and red spots. It was amazing.

I’d like to say I killed them on the fly but I didn’t. I switched streamers as much as I could but couldn’t get a follow. I caught a couple using their spinning gear. We stayed for a while and caught some nice fish, but their buddy Sean was supposed to make his way in to camp and we wanted to go catch some walleye for dinner. We kept three specks to eat as well.

When we got to camp Sean was there enjoying the campfire. We launched the boats to find some firewood and catch some walleye (pickerel in Canadese). We caught a few but didn’t keep many, as Paul also had 4 steaks to cook. We went back, built a roaring fire to ward off the cold (it never got out of the 40’s all weekend) and cooked steaks and fish and had a great time.

The next morning we got up early, made some coffee and headed back to Bog Lake. I was with Pete and we launched the 16 foot boat and got going. Pete caught a fish almost immediately, but my mission was to catch one on a fly. I had a hunch that I could get these fish to hit a mouse. As soon as I switched from black to white I got a smashing strike. Swing and a miss. Then a smaller fish launched out of the water after my gurgler. We crossed the lake to a rocky point that held fish the day before. Pete hooked up on his first and second casts on very respectable fish. I threw my gurgler out and it got smashed immediately but I trout set and missed it. I threw right back to the spot and when fish came up again and missed the fly I played my cards right and waited. Sure enough, it turned back around and engulfed the fly. Fish on.


It was a beautiful hen 18 or 19 inches long. I didn’t get very good shots of her though, because at the same time Pete was hooked up on the biggest fish of the weekend, a fluorescent colored male that was nearly 4 pounds. I snapped a couple shots then helped Pete land and photograph his fish. It was amazing- colors so bright it hurt to look at him and just a great fish. The trip was worth it just to see that fish.

We didn’t stay too long after that. Sean wanted to cook up a big breakfast and we had camp to clean and close up. We had a great camp breakfast and hit the road by 2 o’clock to make the long ride out. Paul rode the bike out to save his truck a beating, so I drove his truck down the crazy boulder-strewn washed out excuses they have for bush roads up there. It was a ton of fun. I was home by 7 pm.

I can’t thank Paul, Pete and Sean enough for their hospitality and for showing me some great fishing. These guys are fishing machines and their knowledge of the bush would take years to figure out on my own, if ever. We’re already talking of future trips. They say there are lakes in the area with BIG specks in them.

So that was my crazy dream. But hey- my coffee is finished and it’s time to go to work.

Let’s get after it.

Posted by Fontinalis Rising at 7:49 AM