Okay, it has been two weeks now since I went to Somerset for The Fly Show, but I took some good pics and met some good people, so please bear with me. Time flies.

I got a call a few weeks back from my good friend and fishing buddy Chris Reister. He has a small sideline reel business called Willow Classic Reels. The gist was that he wanted me to ride shotgun with him to Somerset New Jersey for the Fly Fishing Show.

As it turns out I was available to go and I'm glad I did.

We rolled into town on Thursday afternoon and set the booth up, had some hors d'ouvres and adult beverages at the vendor party, but knocked off early to be fresh for the show.

It's my understanding that the Somerset show is the biggest fly show in the US and possibly the world. I don't know about this, but I can say it is truly an impressive show.

After helping Chris get set up for the day Friday, I  made my rounds, saying hello to some old friends- Michael Schmidt of Angler's Choice Flies and Mike Schultz of Schultz Outfitters. Schultzy was there for Regal vises.

Then I went and introduced myself to Chris Willen representing Towee Boats. Chris and I have several mutual fishing buddies and it was cool to finally shake his hand. We had a good conversation about muskies and White River.
I got to talk Labrador brook trout with Mike Crosby of Hawke River Outfitters. I'm itching to go someday. He offers first rate fishing for Atlantic salmon and huge brook trout.

I had a really insightful conversation with Jerry Jacques of Bristol Bay Sportfishing about the Pebble Mine. His lodge is just a few miles from the proposed mine site and they would be among the first affected by it. I've been reluctant to glom onto the anti-Pebble movement without being more aware of the details, but my conversation with Jerry was very convincing. Unfortunately I forgot to take a picture of Jerry and his lovely wife much to my chagrin.

I had a good conversation with Pat Cohen and watched him tie some of his patterns. His spun deer hair work is quite stunning. We got to talk smallmouth and carp. Pat is an example of what can happen when fly fishing gets into your blood.

Highlights for me were casting rods by Blue Halo and Beulah. Cortney Boice and Bo Harding of Blue Halo were super friendly and let me cast a couple rods. I'm a big glass convert and wish I could have cast their entire lineup, but obligations and a busy casting pool didn't allow it.

I also cast an eight weight Beulah saltwater rod, and I have to say it has my eye. It will be high on the list when I'm in the market for another flats rod.

It was a pleasure to spend time with and get to know German bamboo rod maker Rolf Baginski. His rods are some of the most sought after in the world and his book is already a collectors item.

It was also a pleasure to meet Italian bamboo rod maker Massimo Tirocchi and have dinner with him Saturday night. Pictured below is Massimo and some of his fine rods. You can check out his website here. 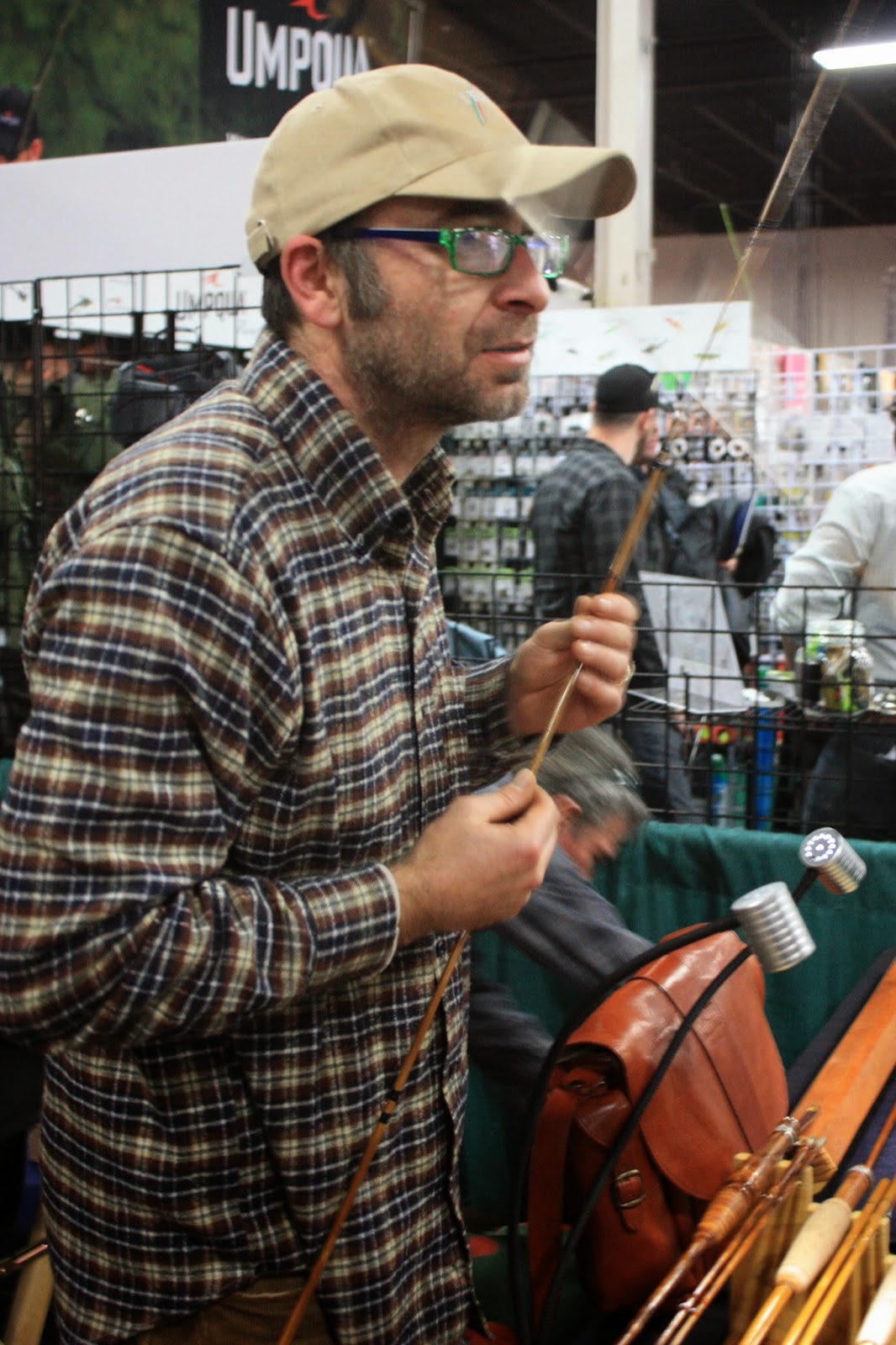 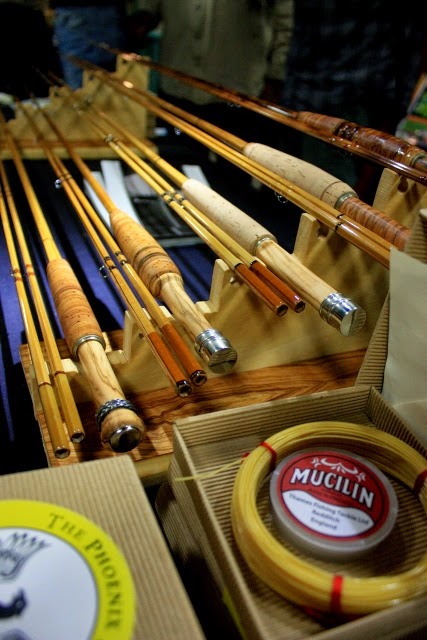 Then there were these vagabonds- Colin McKeown and Bill Spicer of The New Fly Fisher, representing for the province of Ontario. I got to spend quite a bit of time chatting with these guys during and after the show about fishing Ontario and beyond. Good guys.

I also had a good conversation with Daniel Galhardo of TenkaraUSA. I got some good insight as to why he has become such an avid proponent of the sport and I wish him the best.

I met and talked to a lot of fine folks at this show.  I put faces to names of people like Chris Hunt (TU communications director), Steelhead Steve (Facebook friend), artist Andrea Larko, not to mention some of the characters mentioned above. If we spoke or I took your picture but didn't include it here I apologize. This blog post would have to be three times as long.

By the time the show was over I think Chris and I were both gabbed out. We loaded the Jeep back up and pointed it west. We loaded up on 5 Hour Energy and sunflower seeds and drove all night on slick roads back to Michigan. I'm still digesting everything.
Posted by Fontinalis Rising at 10:58 AM