2015 was a blur (isn't every year?) but I did get a lot of fishing in, learned a lot, made some new friends, and had a good time. Here's some of the highlights from the year.

Toccoa River float with Louis Cahill. We saw a couple really big browns on this float, but only landed small fish. Still a great time getting to know a good guy. Maybe I’m getting to that point where the people I spend time on the water with matter more than the fishing.

Pere Marquette River/Barothy Lodge with Chris Reister. It was late March. We stayed at a fancy cabin with a whole crew of guys from Detroit. It was bluebird/T-shirt weather, the steelhead bite was off, but we managed a couple fish and had a great time.

Any trip with Alex Cerveniak. Streamer floats, opening day of trout season, getting lost in the Pigeon River Country, night fishing, bumming around the UP- Any trip with Alex is a good one. He’s one of my best friends and one of the best people you could ever hope to spend a day on the water with. I don't think our season was nearly as productive as the previous, but who cares?

Lower Black River with Zach Ginop. We were after musky. We caught pike. It was a rare day off during my busy season. If Zach weren’t so modest then probably everyone would know his name- he’s a superb and innovative fly tyer, a great guide, and the fishiest young guy I know. He catches more brown trout over 24 inches each year than you’ll ever catch in your lifetime.

The Upper Peninsula with Tom Hazelton and Dave Karczynski. Big smallmouth on Lake Michigan, and big rainbows inland. It was a great evening of technical fishing in which we caught a couple, had our butts handed to us by some much bigger fish, and had a great day messing around in the north.


Carp on the flats solo. I had my best day ever carp fishing in early July. I took the kayak to be more mobile and landed 6 nice fish in less than two hours. A beautiful day in a beautiful place with lots of action and aggressive fish. 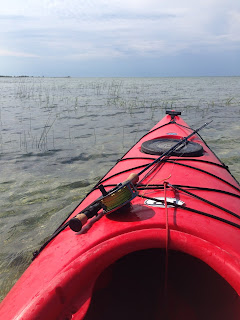 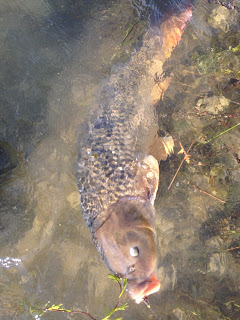 Florida, late August. I went with my girlfriend to Sarasota area and scored my first saltwater fish on the fly. The threadfin herring run was on and fish were busting in the surf and canals everywhere. Yeah, I only caught ladyfish and a couple other small species, but it was a great intro and I learned a lot. I had some close calls with snook, barracuda, a bonnet head shark, and was broke off by a Jack Crevalle. The salt definitely calls to me, and could easily take the place of all my freshwater pursuits. 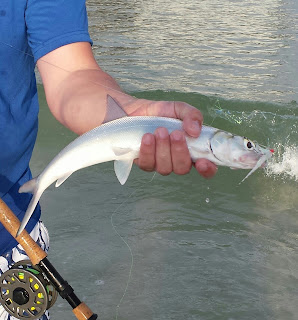 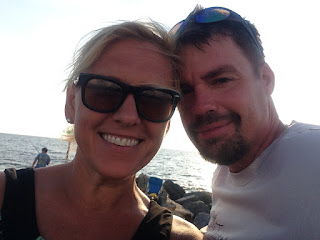 I shared the water with a number of other good folks (you know who you are Brett Watson) and had a good time. I want to thank everyone for a great year and great company. Here's to 2016. 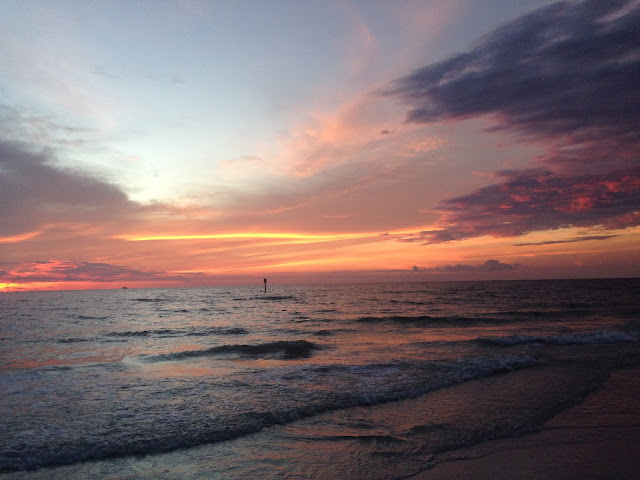 Posted by Fontinalis Rising at 7:05 AM