From One Stream to Another 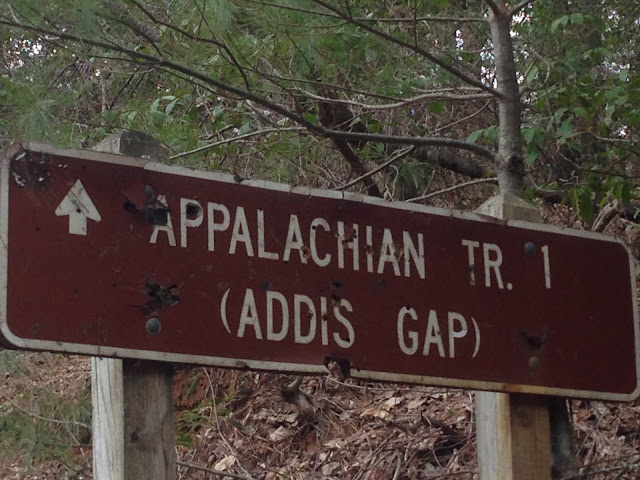 Up, up the gravel mountain road. Onward and upward. Both are good right? Like most human endeavors, rivers are cleaner, more pure, BETTER at their source. As they, and we, wind through our respective courses, we grow, expand, pick up tributaries, impurities, baggage. I figure now I'm the equivalent of a valley stream, no longer clear and cold and babbling, but well defined, log-jammed and dirty. I'm never going to leave this place.  I'm definitely not the Mississippi, or even the Ohio, just a mid-sized stream meandering, but set in its course, no longer clear. It's a metaphor you can ride too hard. People are not rivers. Rivers aren't so simple.

These mountain streams are heart-breakingly beautiful; endless cascades beset by mountain laurel and rhododendron, both evergreen but dormant, waiting for their chance to flower, to shine, like actors waiting in the wings to play their bit part before fading into the background. This particular stream is also beset by people, and about every half mile I slow my pace. Almost all of them carry spinning rods. A woman stares at the place where her line disappears into green water, her thumb on the button of her reel, staring so intently, as if her universe has compressed into that tiny sphere and I'm just a passing comet.

A couple miles up the road I discover the reason for all this frenetic activity on such a tiny stream- a truck blocks the road, forcing me to stop. A man standing on the back, eyes me suspiciously, so I get out and greet him. He takes a net, scoops deeply in a tank on the truck, and then hurls a dozen or more ten inch trout into the stream. He is the fish stocker.

My ensuing interrogation uncovers the following facts. He stocks this river once a week with between 2500 and 2800 trout. The fish are mostly 10-12 inches long. That's about 11,000 trout stocked into this tiny stream a month. It's a feed trough that people line up to partake of each week, a grand tradition of the oldest entitlement in America- hatchery fish. I hope the State of Georgia buys quality pellets.

I resist the urge to ask him to scoop me out my limit of fish.

I ask the man how far to Buckskin Creek. He says that not only is the road closed, but that you couldn't get a tank up it. Only mountain bikers and hikers go there. Sounds good to me. Part of me- that part tainted by silty run-off from muddy creeks, actually considers staying there and fishing, but fishing for stocked fish has as much appeal to me as roping newborn lambs.

Onward and upward, hoping to find some purity. 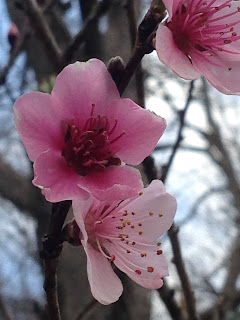 I'll save you some miles and switchbacks, the dead end, a hiker named Crunchy, and others on the Appalachian Trail seeking purity on their own terms. By the time I figured out where I was not and reconnoitered it was afternoon. I followed a path alongside the wild stream I wanted to fish, and when it veered far from the river I followed a tributary rill into a steep gorge to the stream, where it roared from pool to pool through vertiginous jungle. Just once, while crossing the top of a waterfall, I saw a wild brook trout holding in the current.

Then, in a pool where a single rock split the flow into mirror images, I caught my first Appalachian brook trout, it's colors dull with the season, but still beautiful. It was the only trout I caught, though I saw many more. Perhaps they sense that I am tainted, a visitor from the valley, a rude voyeur.

When the skies opened up and the rain finally came I stepped out of the stream, found the trail, drove out over the pass and down, down, downward, back to my valley. 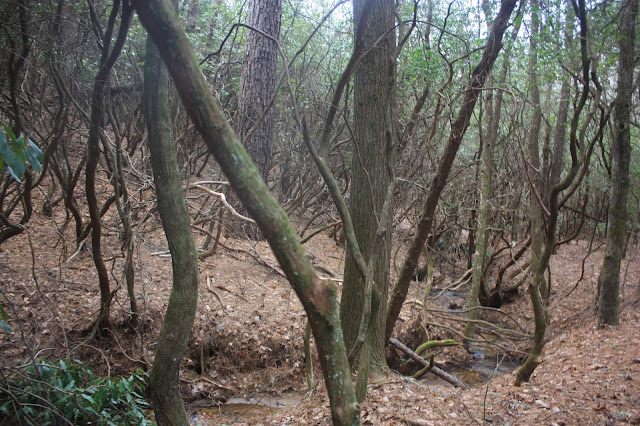 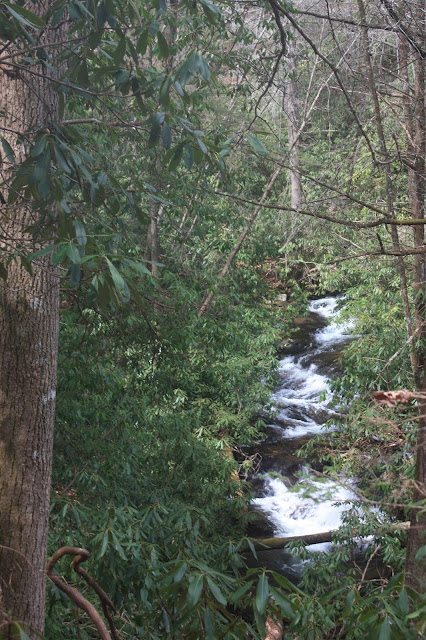 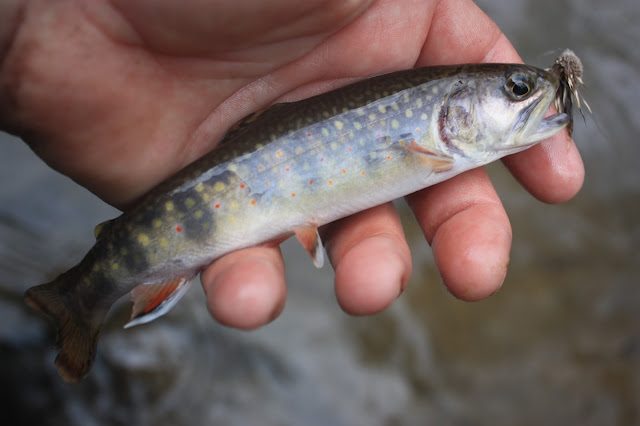 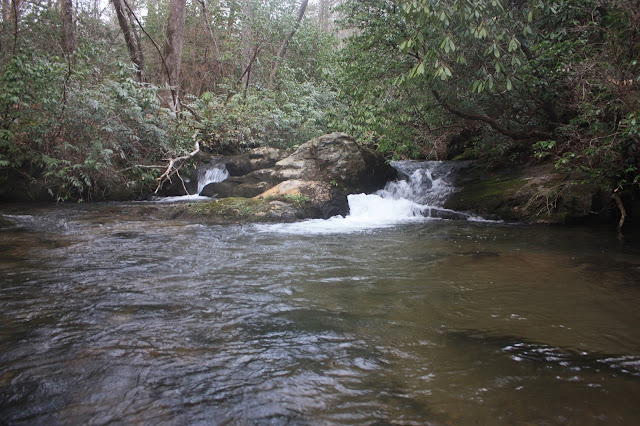 Posted by Fontinalis Rising at 6:53 AM