Vermont- In a stunning move, the Pembroke Company has announced that Hillary Clinton is ineligible to enter their rod giveaway due to questions surrounding the legality of her email server at home. Pembroke is an outdoor lifestyle company specializing in outdoor lingerie, fly fishing, and high end cat litter boxes. Their contest to give away an expensive fly rod was designed to gather emails for marketing purposes. You entered by submitting a valid email address.

According to Pembroke spokesman Pete Schoenauer “We really regret having to make this decision. We really wanted Secretary Clinton to be a part of our contest. But rules are rules, and not only does the email address have to be valid, but it also has to be from a legal server. Her home email server does not meet up to the high standards we set here at the Pembroke Company. She is hereby disqualified.”

When reached for comment Mrs. Clinton seemed sad but resigned. “It’s all part of being a political figure. You’re a target all the time. It’s a shame too- I know it’s campaign season right now, but the bull reds are in down in Louisiana, and I have a couple campaign stops to make there.”

She continued “I really would have liked to win that rod. Bill and I were broke after we left the White House, and the rod rack is pretty bare.”

We also reached Bill Clinton for comment. “The questions you should be asking,” he said in his trademark rasp, “aren’t whether her home email server is legal, but whether she thought it was legal at the time she signed up for the contest, and the answer is ‘yes, absolutely’, and I back Hillary 100%. She deserves a fair shot to win that rod.”

When asked if he had entered the contest the former president answered “I love spring break as much as the next guy, but every now and then you just need to get offshore and throw deceivers.” 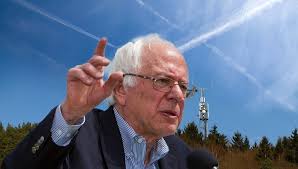 We also contacted rival presidential candidate Bernie Sanders. “I know what I said about her emails, but you have to draw a line somewhere. She deserved to be disqualified.” said the self-professed Socialist. When asked if he had entered the contest he winked and said “Somewhere in Vermont there’s a brook trout pond named after me.”

Mrs. Clinton’s campaign manager Levi Feinstein added “We really just want to get all this behind us. It would have been nice for her to win that rod AND the presidency, but we would have been happy with winning the fly rod.”

All may not be lost for Hillary Clinton. In a stunning change of fortune, when it was discovered she is a fly angler, over a dozen companies stepped up and added her to their pro staffs.
Posted by Fontinalis Rising at 4:24 AM