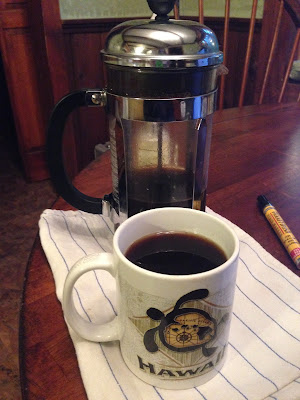 Yyyyyerrrrrgggggpppphhhhttttt!!! Yawn, stretch, scratch, repeat- It's Monday so let's have some coffee.

Well, I've been back from Labrador for a week now. It has taken this long to catch up on sleep, do my laundry, air out my car and collect my thoughts. I had a run-up post for the trip on Gink and Gasoline, and I'll be sharing a follow-up post there soon.

Suffice it to say that we caught fish there from the first few moments that we started fishing until the last moments of daylight of the last day. Our first fish was an Atlantic salmon that hit a dry fly, and my last fish was a fifteen inch brook trout that took a large mouse pattern tied by Zach Ginop. We caught fish all week long, and there were times we changed tactics in order to catch fewer, or bigger fish, or to target specific  species.

Due to the constraints imposed by such a trip my fishing was severely limited in the weeks leading up to it. I had too much work to do, too much to do at home. I was also on a tight budget and spent considerable time tying flies for the trip. The crazy part was that I actually had sufficient materials to tie everything from dries, to the streamers I needed for the trip. I'll probably do a post soon on the flies I tied for the trip, all of which caught fish at some point. You know you've bought too much tying materials when you can look at a pattern, walk upstairs, and find everything you need to tie a reasonable representation of the fly in question. 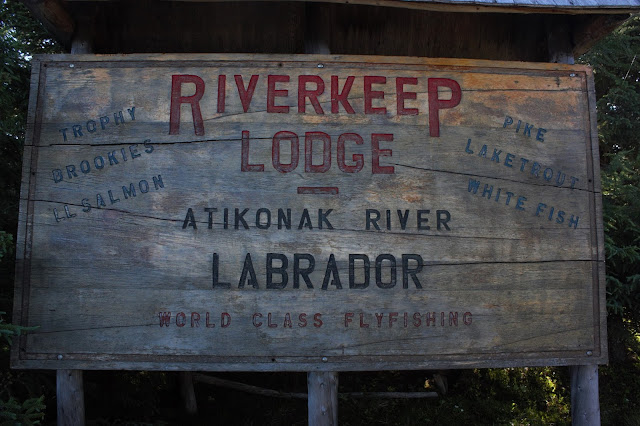 What is sad looking back, is the dearth of good photos from the trip. I didn't shoot nearly enough, and with Dave being on assignment, when we got a good fish I deferred to his need for photographs. We treated all of our fish with the utmost care, and when Dave did a photo session with a good fish I was reluctant to haul out a second camera and put a fish through another round of manipulation, dunkings and time in the net. I'm sure you'll be seeing a variety of shots from the trip through Dave's social media and published outlets.

So we went, we caught a ton of fish. We caught landlocked Atlantic salmon, Northern pike, brook trout, whitefish and lake trout. To be honest, the salmon were the most fun, the brook trout were the most challenging and the pike were the most plentiful. You could catch Atlantics by trailing a fly over the side of the boat, and catch pike by making a cast to the wrong spot. Brook trout took work and dedication. The Atikonak is a big river, a half mile wide where we were fishing, but we didn't really get into the trout until we got out of the boat and started tearing apart the water piece by piece, working the shoreline like a small stream, parsing it out until slowly the trout began to show themselves. We were also fighting exceptionally high water for the time of year.

The folks at Riverkeep Lodge were excellent- they overfed us hearty home-cooked meals and desserts each day. The guides were knowledgeable, and affable, the kind of guys you want to be with 100 miles from civilization, where anything can and does happen. We had thunderstorms blow up daily out of a clear blue sky, and one day lightening started a forest fire a few miles from camp. Luckily the wind was blowing away from us, and a couple days later a water bomber showed up, landed on the lake to fill up, then doused the fire in a few runs. It was quite a show.

Well, I don't know much else. Look for my follow up post on Gink and Gasoline. My coffee is done and it's time to go to work. Let's get after it. Here's a couple more photos for the road.

Posted by Fontinalis Rising at 3:55 AM 2 comments: