We rode off the ridge as the snow and darkness closed in. The wind howled overhead, driving the snow ahead of it, and I paused to cinch down the hood of my wool parka. We had followed a herd of elk high up onto the flanks of this mountain only to have them dump off into the valley below. Sure. Easy for them. Now we were headed back to our remote camp, 11 miles from the nearest trailhead. My horse was old and slow, due to be retired the next season. He refused to keep up with the horses ridden by our guide and my friend Larry, and I watched their headlamps disappear ahead of me into the darkness.

After a while I realized I was spooking my own horse with my headlamp, so I switched it off and rode on, praying the whole time that we wouldn't bump into a grizzly bear. No worries- my horse knew the way back, and when we got within a half mile of camp it was all I could do to reign him back from a full gallop to get back to the corral and some high quality hay. It had been a great day- we had rode up after elk, and instead had a pair mountain goats strut not 40 yards from where we stalked. The whole day, from the ride up the mountain past the excavated stones where bears had dug for squirrels, to the clatter of hooves on rock as the elk moved ahead of us, the far off lonely bugle of a bull signaling their descent into the canyon, the mountain goats parading past at close range and realizing too late how close they were to us, to the long eerie ride home alone in the dark and snow, was all one great adventure, played out on America’s public lands.

This adventure, an outfitted elk hunt, took place in the Scapegoat Wilderness, which adjoins the more famous Bob Marshall Wilderness to the north. It is a gorgeous landscape of high peaks, breathtaking lakes and waterfalls, abundant game and predators, and all of it is yours to enjoy and explore. Why? Because it belongs to you and me. It is public land administered by the federal government.

Our Public Lands are under threat.

There are people out there who would rob you of this opportunity and adventure. They want to take our public lands away from all of us and give them to private interests. They do this in the name of States Rights, a red herring if ever there was, as they know full well that the states, cash strapped as they are, will divest them to private interests, or allow the exploitation of their resources at the expense of everyone and everything else. The fire fighting budget alone on these lands would break the Western states. Those who push for states rights know this, know it’s just a matter of time before all that juicy, resource rich land is theirs to exploit, mine, log off, or turn into private ranches and hunting and fishing clubs.

I first became aware of this issue about a year and a half ago, but I mostly ignored it. I felt that our public lands were an integral US institution and American birthright, so fundamental to the American way of life and landscape as to be beyond question. The idea that our lands would be given to the states to do as they pleased with seemed laughable. But at this moment state and Congressional lawmakers are attempting to do just that.

The States Rights advocates exercise, or promote, a very selective false memory. The Federal Government owns over 640 million acres of public land, mostly in the West. They act as if that land was wrested from them by the Federal Government against their will, a birthright stolen from them, and that now that same government imposes irksome regulations and bureaucracy, robbing them of the full and free use of what is rightfully theirs. This tale, popular in the West, is untrue, a fable perpetuated by those who want that land for private profit rather than the public interest.

The truth is that land never belonged to the states. Not ever. The states didn’t exist in some statehood fairyland until the federal government came and took over. It was the Federal Government, which purchased (think Louisiana Purchase, in which the US bought lands that extended into Montana and Wyoming among others, and thus held title to those lands) or conquered the West, and then opened it up in an orderly fashion to settlement. Hell, they gave tens of millions of acres away to settlers and to local governments under the Homestead Act, and then as a condition of statehood and all its benefits, those states relinquished all rights and title to unsettled lands, the lands that became our federal public lands today, administered by a variety of agencies.

Even then the federal government was a fairly generous landlord, giving away mining claims, allowing ranchers to run their cattle rough shod over the terrain. When the range was so overgrazed and nearly destroyed they begged the federal government to step in and arbitrate, which they did. Limits were placed on the amount of cattle or sheep that could be grazed on any given range. These limits were not however, just for the benefit of the ranchers. Federal land managers also looked out for other interests, such as balancing grazing against water use, wildlife needs, recreation and timber management.

I grew up with this notion that our public lands were one of our best ideas, up there with and in ways better than our National Parks. They were part of what made us free. They make America special. You didn’t have to be a rich landowner in order to enjoy wild places. You didn’t have to hold title to a private estate in order to fish, hunt, camp, float, hike, and otherwise recreate in the wild.

I fished in Austria a couple of years back on a visit to my daughter. It was nothing like here. They have some astonishing fishing, but good luck getting to it. Her one friend had family with title to some of the best fishing in the Innsbruck area, so he inquired if I could fish there. Turns out they did have title, but it was non-transferable, and even though they didn’t fish themselves, they were unable to simply allow a guest to fish their rivers, or so I was told. After many inquiries that went nowhere, an outfitter friend of theirs said we could go and fish an alpine lake in a park. When we arrived we began to unload, but as another friend and I took our rods out, he explained that his license was only good for one rod. We put the other rod away. We would both be able to fish, but only one of us at a time, and it wasn’t legal to bring multiple rods. Having talked to many others about the fishing in Europe, it is a similar hodgepodge of archaic regulation, difficult or impossible to access, and largely the realm of the wealthy and privileged.

There is a lot of talk out there about what would happen if all that land were turned over to the states. It’s hard to say exactly but the following are inevitable: 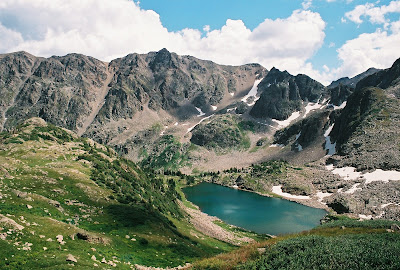 The taxpayers, including those who now support “States Rights” and public land divestiture, would not see the benefits promised under this movement. Their rights to access the land would be cut off, grazing sold off to the highest bidder, timber and minerals sold to outside companies whose only interest is exploitation. Everyone except those companies would lose.

I believe in free market concepts, but not at the expense of freedom. Public land isn’t a socialist concept, it’s a concept of freedom. It was the retention of those public lands that expands the freedoms of all of us. And this isn’t just for hunters and fishermen, though they would be greatly impacted by the loss of public lands. It’s for campers, hikers, birders, climbers, and sightseers. It’s for retirees who criss-cross this country in RV’s and stay at the campgrounds. It’s for the waterfall enthusiasts who use federally maintained facilities and trails to see these wonders of nature. It’s for the wildlife in the National Refuge system. It’s for the hikers who get to go hike a trail without seeing the mountainsides razed off by loggers. It’s for mountain bikers who want to ride trails in the wild, for canoers, kayakers and rafters who want to float in a pristine setting. It’s for parents who want to go for a drive and show their kids some wildlife. It’s for anyone who wants to see a landscape without fences or power lines. While hunters and anglers certainly contribute to the economics of public lands, it is largely supported by the everyday people who load their families into their cars and embark on a road trip, spend money in the surrounding communities, and enjoy the rivers, lakes, oceans, mountains, forests, trails, beaches and campgrounds that are found on public lands. It is all of us who would be impacted, shut out, our experiences diminished, and economies altered in order to benefit private enterprise, all under the pretense of States Rights, in the name of protesting “federal overreach”. 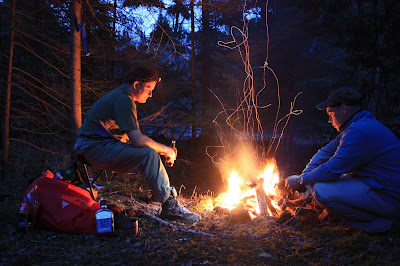 What recourse will there be for the common, everyday Westerner who has “federal overreach” replaced by state overreach? Will the state be any more sympathetic to their pleas and complaints? When the state sells off the land once administered by the feds and Westerners are shut out of it, where will they hunt, fish and recreate? When the states, compelled by their constitutions to maximize profit on this land, raises grazing fees to a fair market rate rather than the cut-rate offered by the BLM, how many Western ranchers will be forced out of business? How many families who keep and graze a few cows on the side will be forced to quit?

"Once this happens, good luck stuffing this genie back in the bottle. . ."

Here’s the problem, the really, really, really BIG problem. Once this happens, good luck stuffing this genie back in the bottle. When the good work of the wildlife refuges, the comprehensive range and forest management, the coordinated firefighting efforts, the regulatory system on western rivers that limits the amount of recreational traffic in order to preserve a wild experience, when all that has been undone- good luck. When you can no longer access your favorite wild lands to hunt, fish, camp, photograph, or just breathe clean air in silence and solitude. When small-time ranchers are forced out of business in favor of wealthy or corporate ranch operations. When all the streams and good hunting are privatized, turned into McRanch subdivisions or destroyed for resource extraction. When all this happens then congratulations, they will have achieved their state’s rights, anti-federalist, anti-public land goals. And every one of us will be poorer, less free, and the greatness that was America, that everyone keeps talking about restoring, will be forever gone.

What You Can Do: 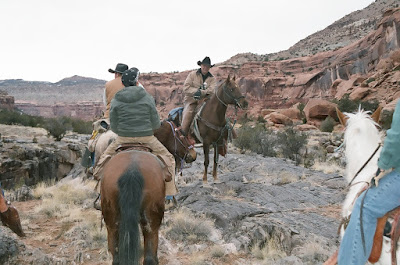 Posted by Fontinalis Rising at 3:34 AM