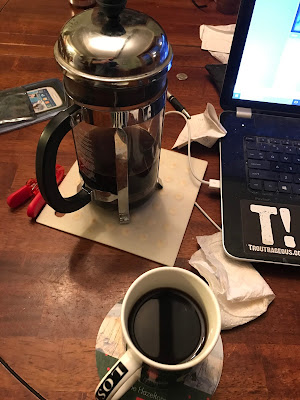 
Posted by Fontinalis Rising at 5:33 AM 4 comments: 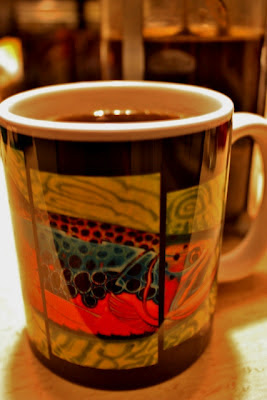 Aaauuuggghhhppppptttt!!! Yawn, stretch, scratch, repeat! It is Monday once again, so let's have some coffee.

As you may have noted, this post is dedicated to my good friend Brett Watson who is stuck in a hospital near Detroit and told me he'd better get some Monday Morning Coffee in lieu of a visit, so here it is. I've only been stuck in a hospital bed overnight once in my life, and it wasn't very restful, so you have my sympathy buddy. Whatever is ailing you (I won't reveal medical info here) I hope you get it licked soon so you can get back out there.

Brett is one of my best friends and fishing buds, and just a great guy to be around. He somehow balances a family, career, business on the side, at one time was prez of his rather large TU chapter, ties awesome flies, and still manages to sneak in what seems to be a disproportionate amount of fishing time.

I met Brett back in 2012. He was part of the 2012 Isle Royale Coaster brook trout trip. We hit it off and have been compadres ever since. I lived Up North, and he lived in Metro Detroit area, but his in-laws have a place about five miles from mine, so he was up to visit a lot.


I always liked Brett because it was like fishing with an action figure- Brett Watson, Fly Fisher. Not only does he look good on camera, but he has some chops to go with it. He's a good caster and he out-fishes almost everyone. He is one of those people who is driven to be excellent, and it shows in his flies, his casting, and his catching.

I love it when we get into the boat with our buddy Chris Reister. Chris is always trying to put us on top of the fish, and Brett will always speak up and say "Leave it right here, bud, I think I can make it" and then he'll make some impossible cast and drift and catch the fish. He's also one of those irritating guys who is always posting a pic of a 30" brown trout he caught out of some ditch no one else thought to fish.

Brett is the driving force behind Confluence Boatworks which makes two and three person rafts for fly fishing, and has since become part of the Stealthcraft line of boats. I've fished quite a bit out of them and love them. They are very carefully designed by someone who fishes a lot and it shows. I'm not really trying to write an infomercial here; I can just say that they are good boats, and an example of what happens when a driven, busy person puts his or her mind to something.


Well, I got out yesterday to check out the fire damage on the upper Tallulah, and Coleman rivers. It was nice to get out and hike. Yes, everything burned, and it cleared out most of the understory, but the bigger trees are intact and even a lot of the rhododendrons are still alive. Still, it was sobering to see the moss burned off of the rocks, and the burned out husks of dead standing timber. The rivers don't seem to care and the fish are still there. Fire doesn't bother nature nearly as much as mankind. I feel bad for the people of Gatlinburg and others who lost life and property in the fires, but nature will be just fine.

Well hopefully I'll get out and fish at least once this week and have something to share. Brett- speedy recovery to you my friend. There's a bunch of steelhead out there with your name on them. That time we went out for a Hex hatch that didn't, and I stepped into the river and floated my hat- we'll keep that between us.

I'm out of coffee and it's time to get some things done.

Let's get after it. I'll leave you with some pics from the Coleman fire. 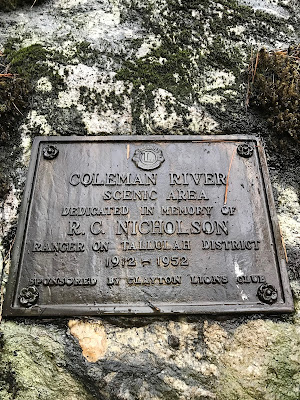 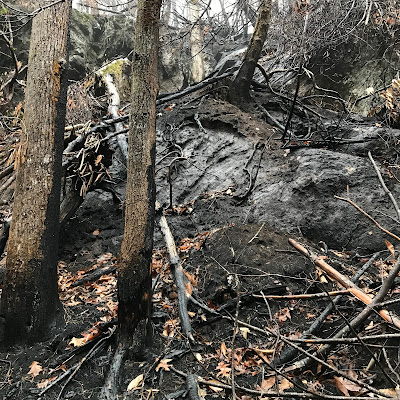 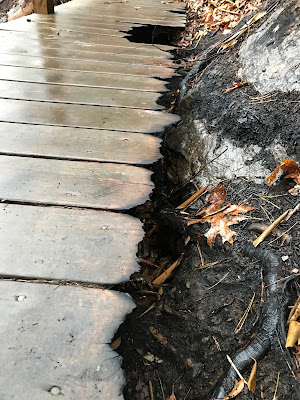 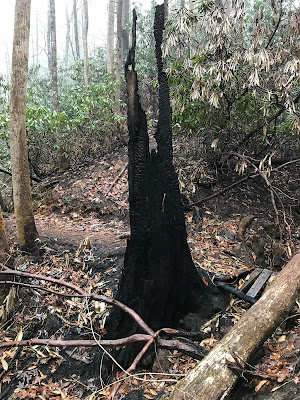 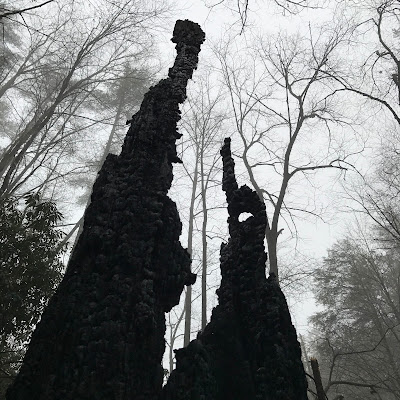 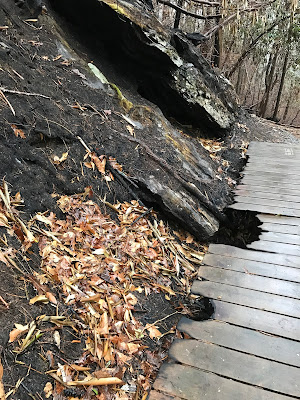 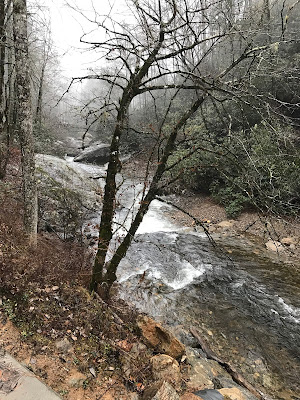 Posted by Fontinalis Rising at 7:48 AM 3 comments: