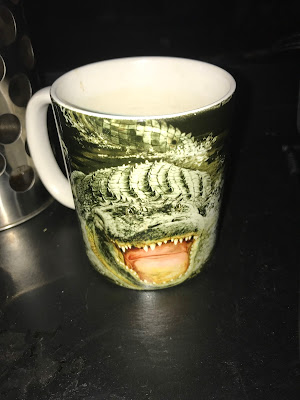 Yyyuurrggghhpphhttt!! Yawn, stretch, scratch, repeat- It's Monday, so let's have some coffee.

It has been forever and a day since I've posted here and for that I apologize. I even let my domain expire and the site was down for awhile. I was distracted by my garden. I have a lot of interests. But I got the site back up, summer is over, and hopefully I'll have more to share here soon.

It's a sad fact of my move to Georgia, but I don't fish nearly as much as I did in Michigan, and so material is harder to come by. I spent a lifetime getting to know the fisheries in MI, and Georgia is still nearly a blank slate to me. I'm learning that I'll have to expand my vision and take a multi-state approach. I went and kayaked the Nantahala River in North Carolina for the recent eclipse, and can't wait to go back and fish it. Talk about fishy water.

The other thing I've done is begun exploring the saltwater around here. We've made four trips to Hilton Head, Tybee Island, and Panacea, Florida, and I've been actively scouting places to fly fish in the salt. Tybee has some promising spots and no shortage of redfish, but the area from St. Marks Lighthouse to Alligator Point is very promising. The so-called Nature Coast of Florida really appeals to me, as it is very reminiscent of Michigan's Upper Peninsula- lots of wildlife and fish, not a lot of people. Small, proud, gritty fishing towns that appear to have missed the economic boom elsewhere in the state. LOTS of fish. I'll try to do a post about my initial explorations soon. Hopefully it will lead to something good for you to read here.

You would think I would have learned the first time, but I lost a second hard drive and a whole bunch of writing and photos with it, so I took the summer off from writing, but I'm preparing to get back at it. Not sure what it means for Fontinalis Rising, but I'll try to get back behind the wheel. I'm still working on books and novellas, which take some time and effort. I bought a new camera and I have a muskie trip coming up. The weather is cooling off already here in Georgia which means the thought of trout fishing is starting to sound good again. I have a feeling more trips to Florida are in the offing over the winter, so hopefully I'll have some good stuff to put here on FR. Louis at Gink and Gasoline is always after some fresh material, so I'm sure I'll have more stuff up there too.

As stated above, this is the Hurricane Irma edition. How do you ignore that? All of Georgia is under a state of emergency, and we have a tropical storm warning in effect for the day, so I'm sitting it out today. We had family in the direct line of the storm near Sarasota. The worst seemed to skirt them, and as long as they don't get hit by storm surge they'll be ok. To any and all who went through it or have loved ones in the area, my thoughts are with you and I hope everyone gets through it ok. Ditto to the people in Texas and Louisiana. Hell, all you in the West dealing with runaway wildfires too. Stay safe, be smart, and prep yourselves for what is going to be a long recovery. Hopefully it will be over soon and the worst thing all of us have to worry about is what fly to tie on.

Well, my coffee is gone and I have stuff to do. Let's get after it. I'll leave it with some fish pics, albeit fish I caught on fresh shrimp. 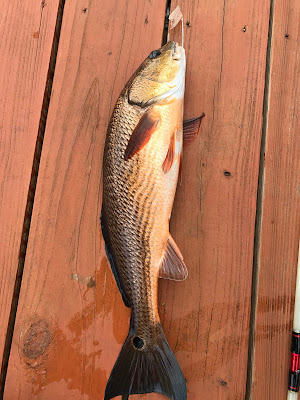 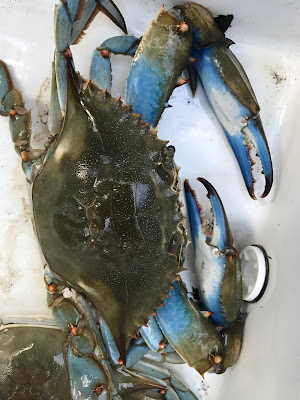 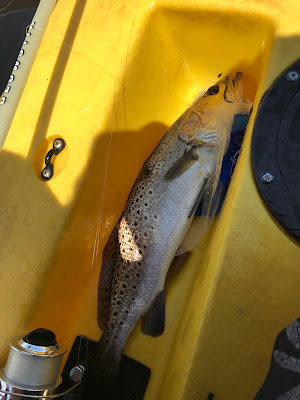 Posted by Fontinalis Rising at 7:01 AM 4 comments: